"Each communication occurred outside of a meeting authorized by Title 5 Subtitle A Chapter 551 of the Texas government code…" better known as the Texas Open Meetings Act.

Moore and Carlton turned themselves in and bonded out of jail Monday. Tarrant County said it had a booking record for Carlton, but not for Moore.

The attorney for Moore released this statement:

"It is unfortunate that this criminal prosecution has been brought due to political and philosophical differences. We respectfully view this as a tremendous waste of resources. No one cares more or has done more to protect the safety and welfare of the children of the Carroll Independent School District other than Michelle Moore. On behalf of Ms. Moore we look forward to being exonerated and her full attention once again being devoted to the education of our children." 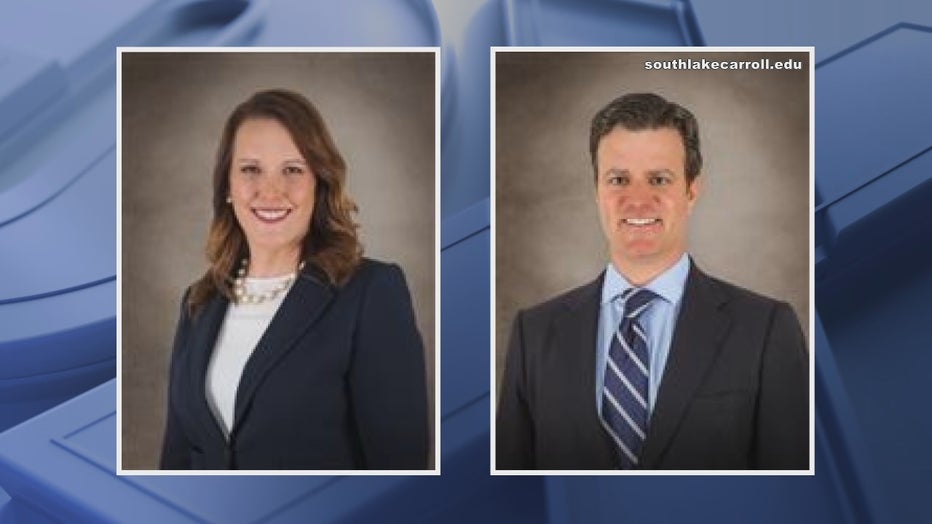 The attorney for Carlton told FOX4 they have no statement at this time.

"There was talk that it might be happening as far back as December, before Christmas but then when I finally heard about it that it finally went down on yesterday," said parent Russell Maryland.

The former Dallas Cowboys player and Southlake parent, who worked on the Cultural Competence Action Plan, says there have been rumblings about possible arrests.

In March, he and other parents who support moving forward on a district wide diversity plan announced with attorney Royce West they had sent a demand letter to the school board.

Maryland says he’s frustrated by the legal maneuvers to halt progress when the goal is to end racial insensitivity, bullying and the harassment he says some CISD students have endured for years.

"The kids need help, they’ve been crying out for help," Maryland said. "We’ve been called to come and help them. But they say oh hold on a second just wait, keep waiting, keep waiting the kids will be all right they’ll be tough, they’ll tough it out keep waiting we don’t have a problem here."