DALLAS - During an event in Dallas, Gov. Greg Abbott said there will be "accountability at all levels" as members of the Uvalde community continue to express frustration with the response to the elementary school massacre.

Gov. Abbott spent Thursday afternoon meeting with parents and staff at the King's Academy in Dallas. It was a political event to highlight private and charter school education options. 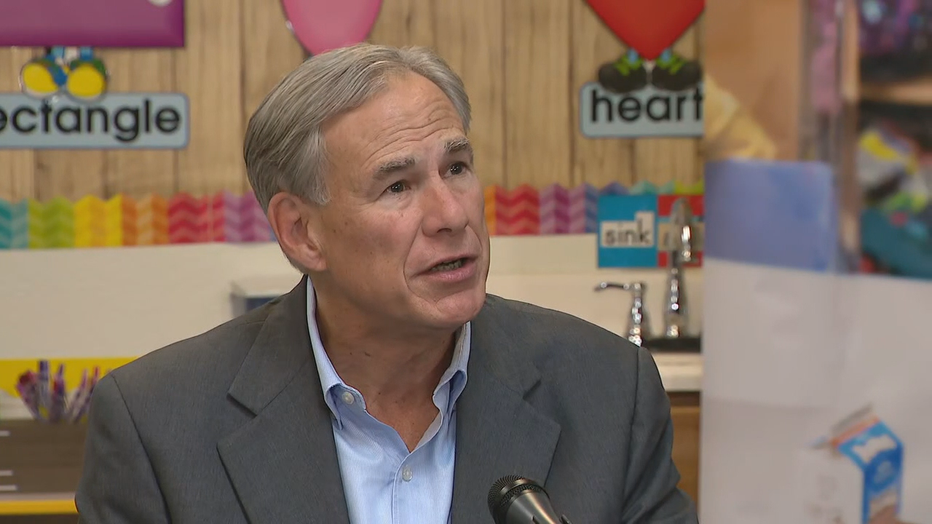 But as students across the state return to school this month, many parents have expressed concerns about their children's safety in class, stemming from May's mass shooting at Rob Elementary in Uvalde and the security failures it exposed.

"There must be accountability at all levels," he said.

But accountability has so far been slow and erratic.

Uvalde CISD Police Chief Pete Arredondo, who was singled out for denying that he was in charge of the police response, is still on the job even though the superintendent recommended he be fired.

Robb elementary's principal was put on leave, only to be brought back days later.

People in Uvalde demanded the resignation of the school superintendent over failures to keep teachers and kids safe. They want the district to step up safety measures and take accountability for the shooting that killed 19 children and two teachers.

"That was the number that was requested by the mayor of Uvalde," he said. "So we responded to his request and what was needed to help out and make sure that schools would not only be safer but have the appearance of being safer by having law enforcement officers present when those children, teachers and parents return to school."

State Sen. Roland Gutierrez (D-San Antonio) has been critical of Gov. Abbott and the state's response to school violence.

"We have 8,000 campuses in Texas. What are you going to do? Put DPS troopers in every one of them?" he said. "This is bigger than a Uvalde problem. This governor has failed Texas since Santa Fe."

After Uvalde, Gov. Abbott called for every school district to do security checks on all campuses. Funding has been allocated for mental health resources. But the governor has refused to call the legislature into a special session to turn recommendations into law.

"Make my day": Gov. Abbott hits back at NYC mayor over threat to bus New Yorkers to Texas

It did not come up at the governor's event Thursday, but he did say he is pleased by the response from schools following the shooting.

"I am proud to see the way they are responding to the request and directive we provided to them to make sure they are doing everything they can to make sure their students are safe when they return to school," he said.