Gov. Abbott says there are allegations of abuse of unaccompanied migrant boys at San Antonio facility

The governor ordered a state investigation and is calling for a federal investigation after tipsters made claims of sexual assault and possible COVID-19 exposure at the temporary shelter.

SAN ANTONIO - Texas Governor Greg Abbott called for the shutdown of a facility in San Antonio that is being used to house unaccompanied migrant boys.

He ordered a state investigation and is calling for a federal investigation after tipsters made claims of sexual assault and possible COVID-19 exposure at the temporary shelter.

There are still a number of unanswered questions after Gov. Abbott said there are multiple claims of sexual assault and COVID-19 concerns, but what Abbott wants now is for the San Antonio site to be closed immediately.

In a last-minute press conference in San Antonio Wednesday, Gov. Abbott said two state agencies received tips that migrant children are being abused and exposed to disease at the Freeman Coliseum in San Antonio.

The coliseum is one of multiple locations operating as shelters for unaccompanied minors.

About 16,000 children are being held at U.S. Health and Human Services centers across the state. 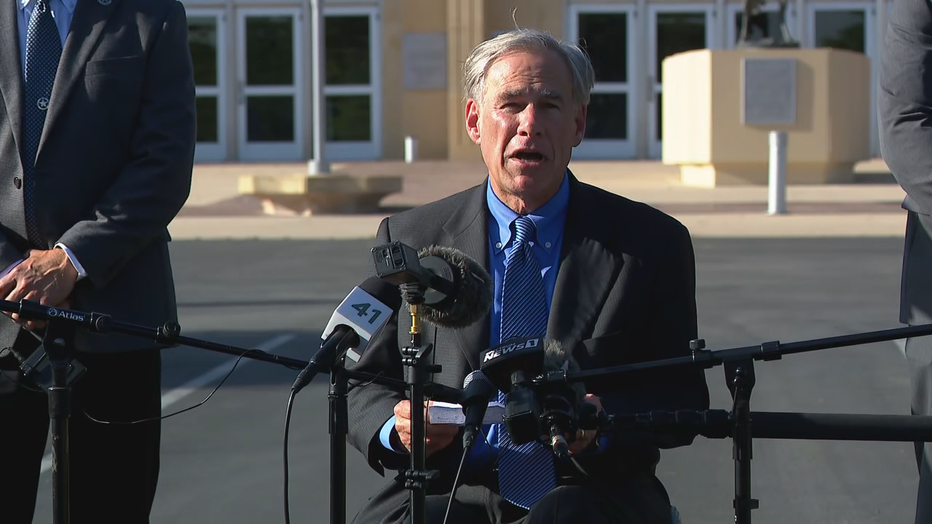 Abbott said the allegations were made Wednesday morning.

Tips came in to Child Protective Services and Texas Health and Human Services.

He would not say who made the allegations or how many people made complaints.

Abbott said he didn’t know how many kids may have been abused or who may have conducted the abuse.

The allegations, based off tips, have not yet even been formally investigated. Instead, he’s now ordering one.

"I am directing the DPS and Texas Rangers to immediately begin to investigate these allegations," Abbott said.

The White House Wednesday, prior to these allegations, reiterated it’s looking for more facilities to accommodate children coming across the border.

"What we’re focused on is more solutions, humane way that keeps these kids as safe as we possibly can," White House Press Secretary Jen Psaki said.

About 500 boys ages 13 to 17 were bussed to the San Antonio location last week.

Local reports said there may now be more than 1,300 children in the location.

They told the media it has capacity to hold 2,400, and that it’s safe and sanitary.

Gov. Abbott described different conditions, though he did not tour the facility.

"Certainly they must have locations with better staff where children are not subject to this," he said. "This facility should shut down immediately, the children should be moved to better staffed and better secured locations."

Abbott said he wants DPS and Texas Rangers to be able to go inside, something that was denied in the past.

Abbott said if they can’t go in, he will go inside.