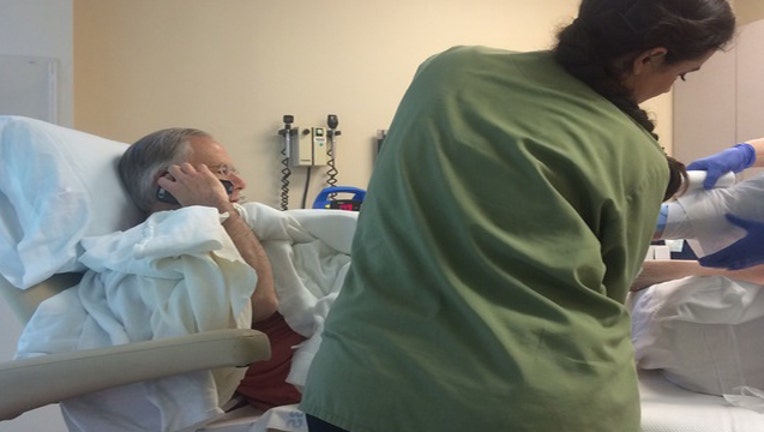 Governor Greg Abbott will not be able to attend Tuesday's police memorial ceremony in Dallas due to medical issues.

Abbott was admitted to a San Antonio hospital Monday morning because of an infection developed on his severe lower leg and feet burns.

Doctors said Abbott has a minor infection and will need skin grafts on Thursday to repair damage on both feet. Abbott’s wife, Cecilia, will attend tomorrow's memorial in his place.

Spokesman Matt Hirsch said Sunday that Abbott was in Jackson Hole, Wyoming, last Thursday when he was scalded in an accident involving hot water.