WYLIE, Texas - Texas Governor Greg Abbott has called for the firing of a Wylie ISD teacher who assigned a lesson to students that featured a cartoon that appeared to compare police with the KKK and slave owners. 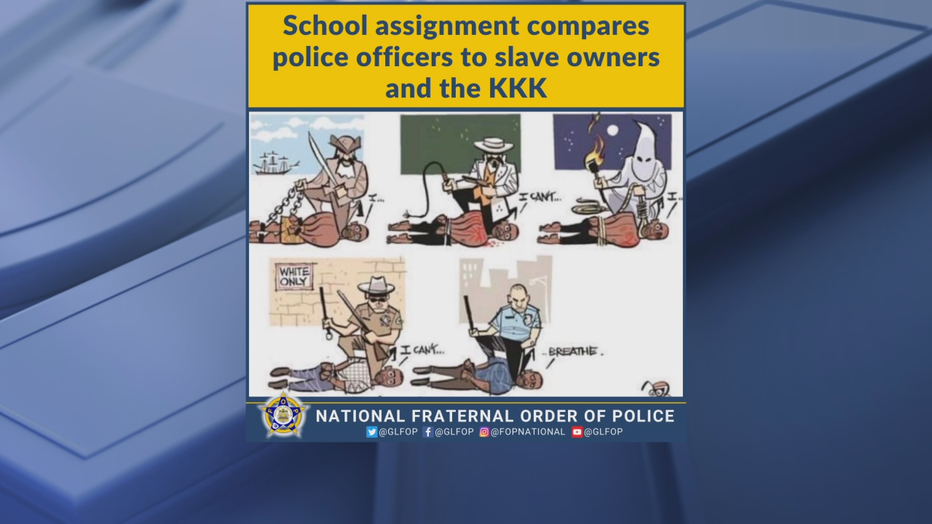 The governor tweeted that is was "beyond unacceptable," and "the opposite of what must be taught."

Along with calling for the teacher to be fired, he also said he is asking the Texas Education Agency to investigate and "take action."