Two teenagers are dead and two others are in a hospital after a shootout at a party in Garland. Garland police arrested two men for the crime.

GARLAND, Texas - Two arrests have been made in connection with a shooting in Garland Saturday night that left two teens dead and sent two other people to the hospital.

The shooting happened just before midnight, in the 800 block of Magnolia Drive.

Responding officers found four people who had been shot, and 18-year-old Jose Damian Garcia was pronounced dead at the scene.

Three other people were taken to hospitals, where a 17-year-old from Garland later died from his injuries.

Police said the two other people who were shot are expected to survive.

Investigators found that there was a party at a home on Magnolia Dr., and the shooting happened after a disturbance near a parked car. 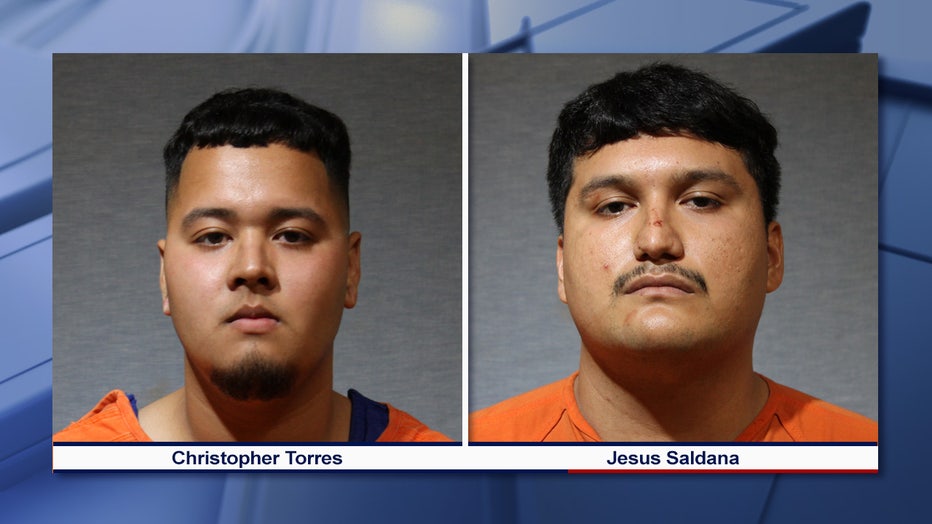 Saldana and Torres have been charged with murder.

Anyone with information is asked to call the Garland Police Department at 972-485-4840.