GARLAND, Texas - Daycare providers have been a vital service to parents during this pandemic once they were allowed to open. But many providers say they can't make ends meet the way things are now.

Crayons and calendars remain untouched since the shut down in March at Willis Learning Center in Garland. There used to be 115 children enrolled at the childcare center. Now, there are as few as 18 barely occupying one room.

Most of the children enrolled at the Willis Learning Center are sons and daughters of single parents. The essential business barely staying in business is providing more than childcare.

“We’ve had this group of parents that are really struggling financially right now. We provide them with food. We call it the Willis Grocery Store,” said owner Cassie Willis. “If they don’t come here, then we don’t know where they would go. It would be kind of a hard one.”

“I’m a single mom. I own this. I started Willis on my own. Worked hard,” she said. 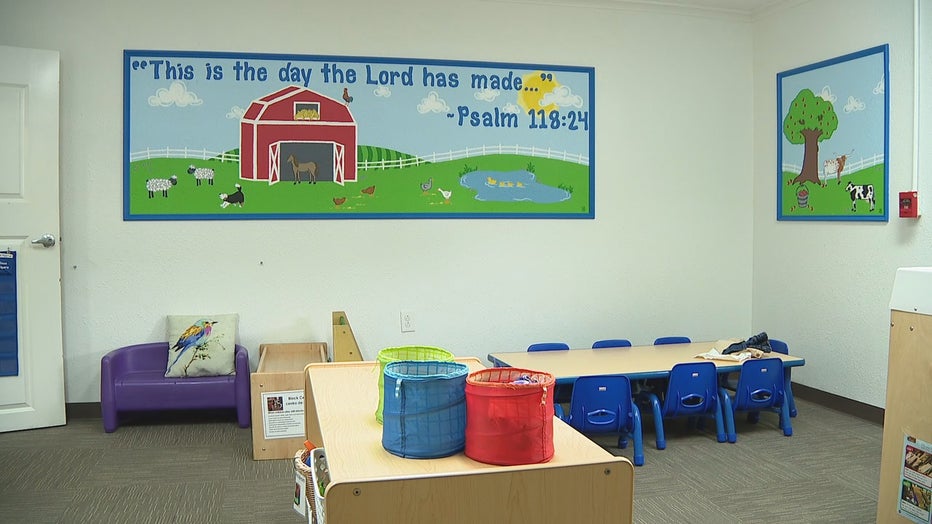 But now, even with the increased demand for childcare, as schools go online and push back start dates, the daycare is still struggling.

Many parents who might fill those spots are still concerned about risks to their children's health.

There used to be 20 workers at Willis Learning Center. Now, Willis is one of four. For two months during quarantine, there were only two children enrolled.

Now, Willis is faced with a new problem: trying to figure out how to guide schoolchildren in her care through their online lessons as school starts, even though she doesn’t have the resources.

“At what point is it not our job, but it’s the district’s job?” Willis asked. “And if tax dollars are going to the district, then you know…”

Another reason why many of the childcare spots go unfilled is that more affluent parents are able to pool their resources to provide for a small group.