Frisco ISD’s decision to have students and teachers drive in on Thursday during the winter weather was met with heavy criticism.

FRISCO, Texas - Many school districts canceled or transitioned to remote learning across the metroplex Thursday.

However, some still held in-person classes, including Frisco ISD, which drew some criticism.

Each district had to carefully evaluate the weather and driving conditions to make the call.

Frisco ISD’s decision to have students and teachers drive in is the one getting the most attention.

Bundled up students left Noel A. Smith Elementary School in Frisco ISD Thursday afternoon to calmer weather and driving conditions. It was a stark contrast from earlier in the morning when icy roads across the metroplex caused crash after crash. 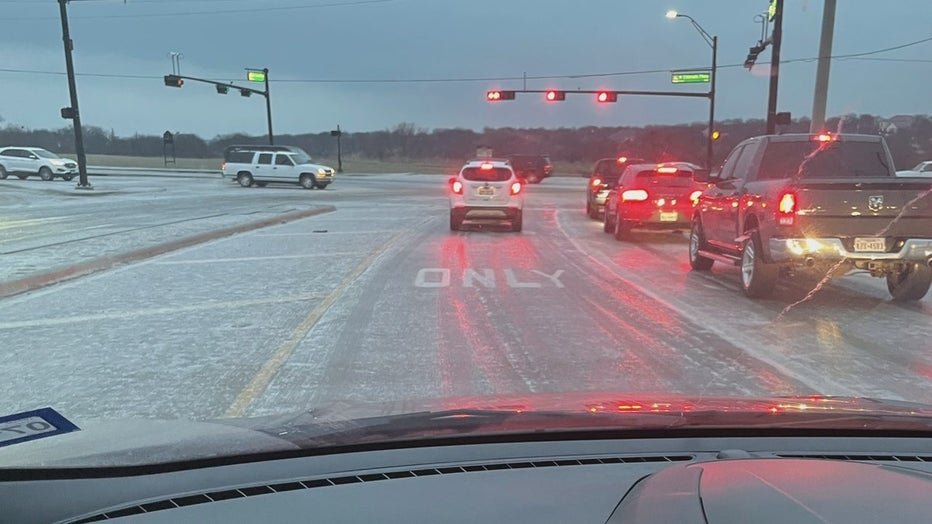 A cascade of school districts closed, including Arlington, Richardson, Plano and Allen. Dallas ISD and Fort Worth ISDs transitioned to online learning.

But those in Frisco ISD said they waited and watched closely for updates only to learn they’d still be driving into school.

One parent tweeted pictures of icy conditions in her neighborhood saying her kids would be staying home.

"I did see a little pile up on my way to school. I did slide a couple of times coming out on to the street to come into Wakeland," he said.

And then there’s video posted by a Frisco ISD teacher who made the drive from Aubrey, which was 30 minutes longer than usual. She says she’s not angry about the district’s decision and realizes it’s important for students not to fall further behind during the pandemic. But she admits it was a white-knuckle drive most of the way in.

A Frisco ISD statement says in part that the district consulted with Frisco fire and police departments and "staff also drove the roads to determine whether they could be navigated safely… Roads within Frisco ISD were dry, and crews were notified of any isolated problem areas, which they worked to address."

Still, some on social media pointed out a tweet from Allen ISD which says it took into consideration students and staff commuting from outside of Allen.

A Frisco ISD spokesperson notes other nearby districts like Lewisville and Little Elm ISD held in-person classes, too.