More people in the state have now voted early either in person or by mail than the entire Texas vote count during the last presidential election.

FORT WORTH, Texas - More people in the state have now voted early either in person or by mail than the entire Texas vote count during the last presidential election.

More than 9 million Texans have already voted for the 2020 presidential election. That's more than half of all registered voters in the state and the highest number of early votes in the state's history.

For the presidential election four years ago, about 8.9 million total ballots were cast in Texas.

Gov. Greg Abbott did extend the early voting period by six days this year because of the pandemic. The goal was to encourage people to vote early and avoid long lines and crowded polling locations on election day.

Just after polls closed at 7 p.m. in Dallas County, voters hoping to beat the rush on Election Day were still in line to cast their votes early at Richland College. They waited it out for hours.

Dallas County Judge Clay Jenkins said more than 40,000 voters cast their ballots on the last day of early voting and more than 714,000 have voted in-person so far.

Just after polls closed at 7 p.m. in Dallas County, voters hoping to beat the rush on Election Day were still in line to cast their votes early at Richland College. They waited it out for hours.

John Patton was one of the last early voters Friday evening, deciding to vote for the first time in 20 years.

“I just think there’s a lot riding on the line and once again the country is very polarized,” he said. “I just thought you can’t really sit at home and be upset one way or the other if you didn’t go out and vote.”

Tarrant County is also seeing record numbers. About 50,000 voters cast their votes on the last day of early voting in Tarrant County. So far 56% of registered voters there have voted.

“Definitely the expectation,” said Tarrant County Elections Administrator Heider Garcia. “The record’s already broken. The question is how far is it going to go?”
Tarrant County saw over 100,000 more registered voters this year and is also seeing record numbers of mail-in ballots being requested and returned.

Voters say a lot of factors played a role in them wanting to show up early to vote this year, including concerns about being around crowds and voter fraud.

“In the last few days, we've seen an uptick in your first time voters and those people who haven't voted in the previous four election cycles.

“I took the day off work and I waited to vote with my husband,” she said. “First time voters in Texas.”

Ryan feels voters like Bloniard will weigh heavily in outcomes.

“They make up 16-17% of all of the votes cast,” he said.” And I think that’s the group that’s gonna end up deciding a whole bunch of the election.”

“In Texas this year, it’s a great example because no one really knows that the electorates going to look like,” he said. “That turnout universe doesn’t exist until the votes are counted.”

Four million voters who traditionally vote haven’t done so before the last day of early voting.

Ryan believes it could reach up to 12 million once all votes are counted for a tight race in Texas.

“Put on a couple of pots of coffee on election night because we're going to be counting a lot of votes and it’s going to take maybe all night,” he said.

Friday is the final day of early voting. Election day is Tuesday. 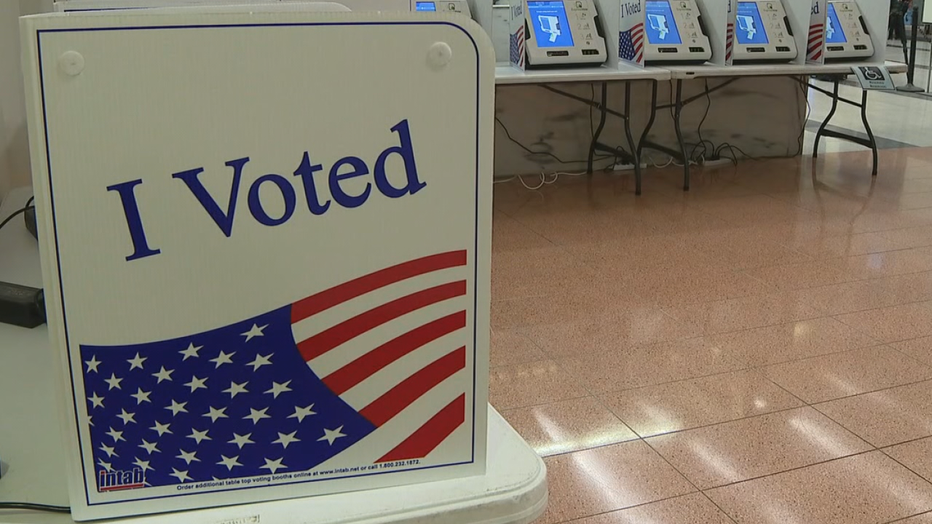