From storm chasing to a rescue mission — last night’s severe weather brought FOX 4 storm chasers closer than expected to the destruction left behind on Interstate 35.

The experienced chasers know there are risks in order to witness the incredible disturbances up close, but it’s unusual they are in the thick of it with storm victims.

"We started the day, we are just going to document, we are gonna look," said Nick Busby.

But FOX 4 storm chasers Victor Florez and Busby quickly realized things could get intense after spotting this EF 2 tornado in Blum south of Cleburne. With rain pouring down, they drove up on a pile up on I-35E near Waxahachie where another EF-2 tornado moved through.

"The actual median of the highway was gone. And there’s concrete imbedded in the trucks and then we see another truck probably a hundred yards away in a field and realize wow this was powerful," Busby said.

Since they arrived before first responders, they went to work looking for survivors.

"We just basically went from being storm chasers to trying to help out as much as we could," Florez said. 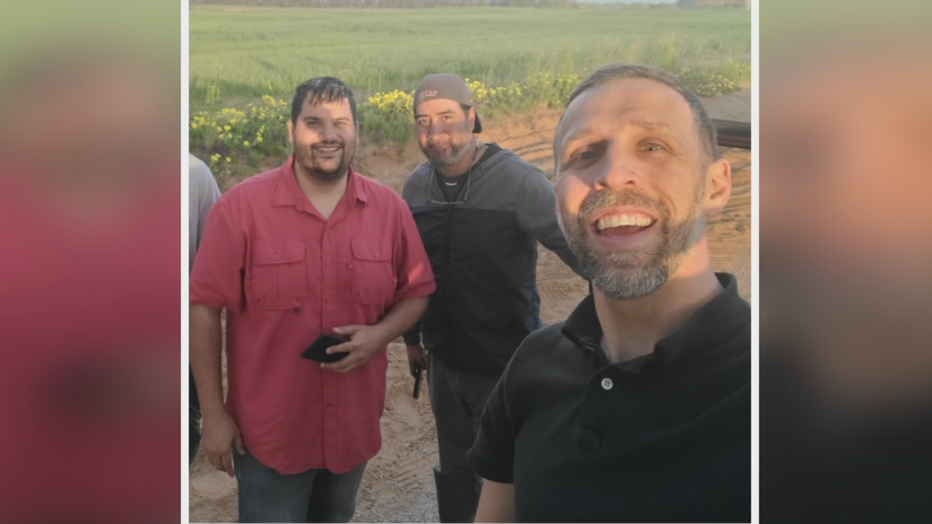 Florez was a former volunteer firefighter in Everman, south of Fort Worth, and had emergency response training. He immediately noticed diesel pouring out of one of the rigs’ gas tanks.

"My first thought was I need fire extinguishers," Florez said.

They were able to gather extinguishers from 18 wheelers stopped on the other side of the median, just in case. Florez says he and another storm chaser also went to work comforting the driver of a rig carrying Nutella. That driver was the most seriously hurt of the three people injured in the pileup.

"I asked him can I have some Nutella when we are done. I said, ‘I’d love to have some as a snack’ and he laughed a little bit. It kind of took his mind off of being trapped, being trapped upside down in a truck," Florez said.

While the chasers used to seeing nature’s wrath up close, they say this experience hits them in a different way.

"I’m like, ‘Wow, that really happened’ and it starts to sink in," Busby said.

But it doesn’t change how they’d respond.

"The only thing you need to think about is, OK, if this happens again, who can I help?" Florez said.