The incident happened Friday during a protest over an allegation of a sexual assault involving a student. The district claims that is not true, and said "inaccurate information" in a social media post about an incident a month ago spurred the protest.

Little Elm ISD officials said some students behaved "in a way that caused a major disruption."

"It was peaceful, we were just chanting. We weren’t looking to get injured," Little Elm student D’Kenzie Gibbs said.

Gibbs said she was standing near officers and one of her friends when she started recording.

The video appears to show a Little Elm police officer using pepper spray on a student.

The student ran toward the officer, who then deployed a Taser.

The student fell to the ground.

FOX 4 blurred much of the video to not show students’ faces.

Gibbs said several students were in the hallway for a planned walkout.

Authorities confirmed one student was tased and pepper spray was used in the situation.

But Gibbs said she personally didn’t see any aggression between students.

"It was peaceful until the cops arrived," she said.

Police did not detail how the students may have assaulted the officers.

"It was bad. I mean, I’ve never seen nothing like it," Chandra Weekly said.

Weekly said she left work and rushed to campus after getting texts from her freshman son and senior daughter.

"We’re standing outside and we see helicopters, we see kids are in police cars. We see kids everywhere crying," she recalled.

Several parents arrived early to pick up their children.

Weekly was disappointed the school didn’t give parents details right away.

"Only way we knew what was going on was our kids texted us," she said. "I don't even feel like my kids are safe here because, it’s like, these are kids. What would have made you use that kind of aggressiveness towards kids, you know?"

FOX 4 received a second video shot by a student that’s too intense to show.

In it, officers are yelling at students telling them to back up. At least one officer is holding a baton.

The video shows at least two students in handcuffs and the student who was tased is lying, seemingly unconscious, on the floor.

An officer then dragged him by the arm down the hallway and set him down next to a handcuffed student.

There are still many questions about what happened before the arrests.

The school was placed on lockdown for a period of time, then parents showed up to pick up their students.

All basketball games, both girls and boys, were cancelled for Friday evening.. 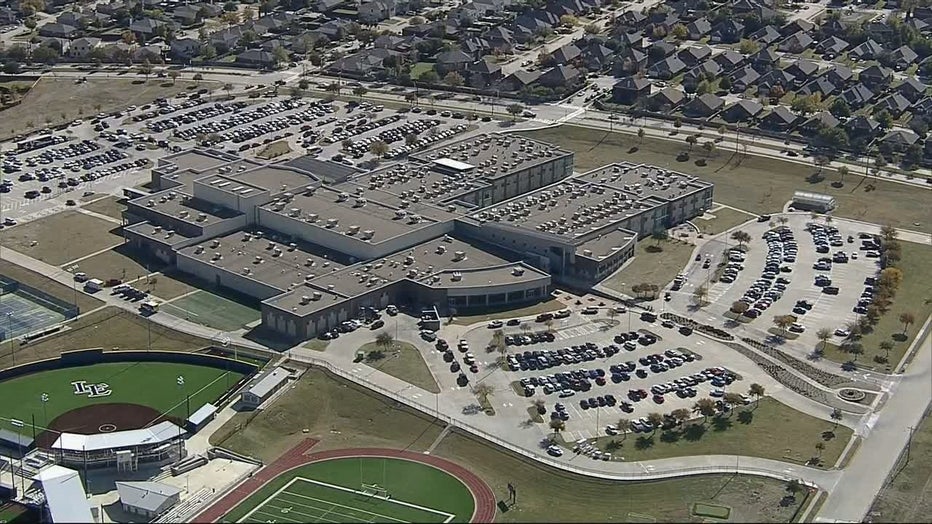