An urban farm known for helping fill the void in the South Dallas food desert is now also leading the charge to help the formerly incarcerated restart their lives.

DALLAS - An urban farm known for helping fill the void in the South Dallas food desert is now also leading the charge to help the formerly incarcerated restart their lives.

The mission took them to the Texas Capitol, where new legislation could be life-changing for people across the state.

Bonton Farms in South Dallas is a former dumpsite transformed, where new, nourishing life springs from the soil.

A landscape of possibility for some of the people who work there, who are those formerly incarcerated looking for a fresh start.

"They would all say the same thing, nobody is giving us a chance to work," founder of Bonton Farms, Daron Babcock, said.

Babcock discovered that even with the opportunity to work, many formerly incarcerated people are still shackled to the system, owing thousands in unpaid fines from class C misdemeanors, like traffic tickets, from the time prior to incarceration.

That turned into unpayable debt and warrants for arrest waiting for them upon release.

"What I see are men and women come from home from incarceration, and have the will sucked out of them," Babcock said.

Babcock was in Austin Monday to testify before a committee on the Bonton Bill, which would dissolve unpaid fines for minor offenses. 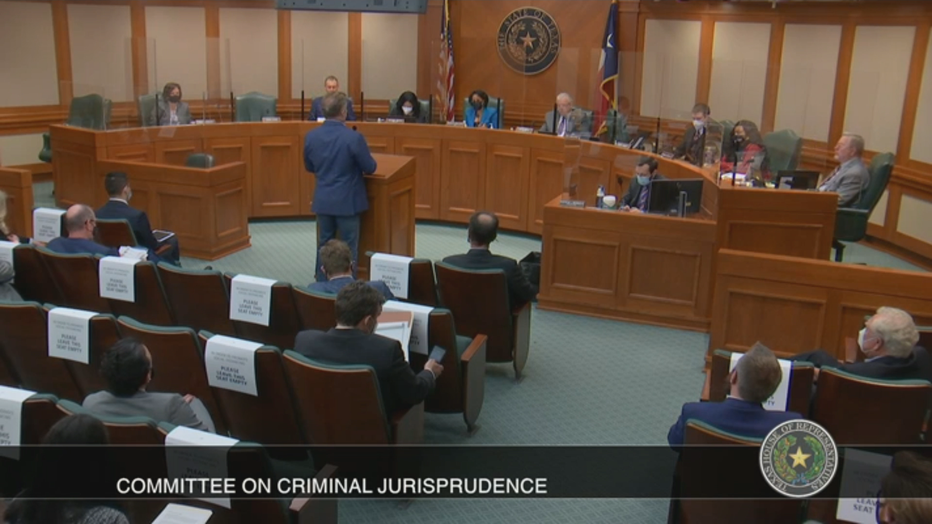 Lee desperately wanted to turn his life around, landing a job at Bonton Farms, but he needed to renew his driver’s license and couldn’t, as warrants were waiting.

"It just knocked me back down. It was so discouraging," he said. "I felt that I had paid my debt, and to get out and find out that I had an even bigger debt."

Lee had Babcock and Bonton Farms to help him navigate the system and resolve the fines and warrants, but scores of people don’t, and Babcock said that perpetuates a dangerous cycle.

"It leads more people to fall back into the life that they are trying to leave behind," Babcock said.

"I was constantly questioning myself, asking myself, am I doing the right thing or should I go back to the streets," Lee said.

For anyone who may say the bill removes a money making opportunity for the state, Babcock points out that the fines are rarely paid.

"Not only do we not collect the fine, but we pay to put them in jail on top of it," he explained.

So he’s determined to find a better way.

"I think we are all better off as a city having people that the system has decided are ready to re-enter to be prepared and ready to do so," Babcock added.