'We never gave up hope': Fort Worth woman reunited with family 51 years after being kidnapped by babysitter

After 51 years apart a Fort Worth family was reunited thanks to a DNA test.

FORT WORTH, Texas - After she was taken by a potential babysitter in 1971, a Fort Worth woman has been reunited with her family 51 long years later thanks to a DNA test.

"It was just a mixture of joy and terrifying. Being terrified and excited and just trying to understand, you know, make sense of everything," Melissa Highsmith said.

On Aug. 23, 1971, at just 22 months old, Highsmith was handed off to the babysitter by her mother's roommate and was not seen again by her family for more than 5 decades. 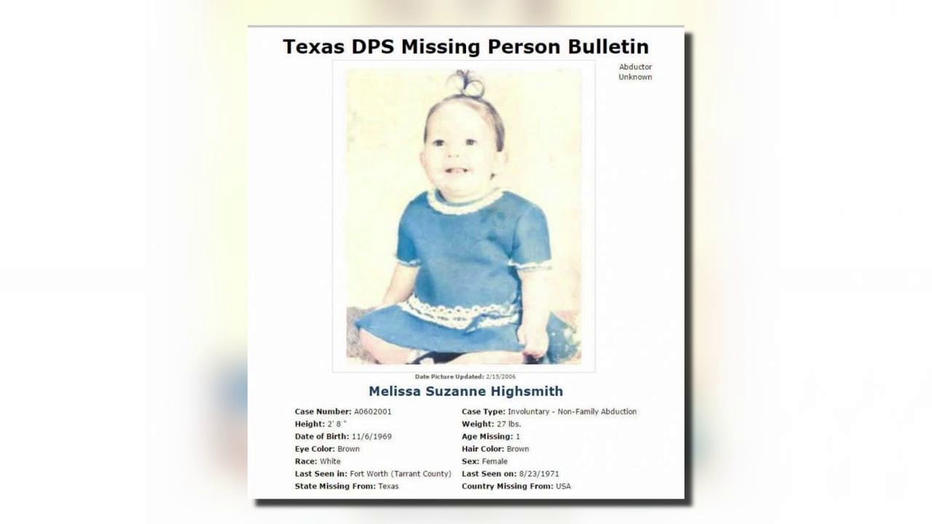 "We never gave up hope looking for her through the years. We had several tips, we would go off to other states. We would go off and talk to different girls, have DNA made, and our hopes were dashed. It was hard," said Jeff Highsmith, Melissa's father.

Just days ago, Melissa was reunited with her parents after a 23andme test. 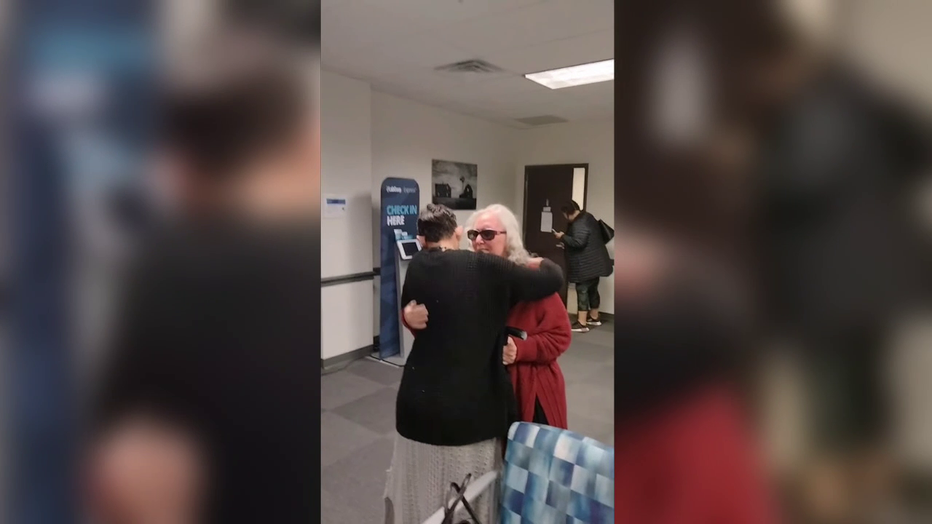 "Her three children came up as my grandchildren, and as my wife's grandchildren. Alta's grandchildren. There could only be one reason for that, that Melissa was the mother," Melissa's father said. "When we got the news we were so overjoyed."

Armed with DNA evidence Melissa contacted the woman who raised her. That woman, who now lives in Missouri, told her she bought Melissa off the street for $500 when she was just a baby.

The family feels like the woman who raised Melissa, also took Melissa.

"She believes that it's the woman that raised her. She was 5'7, husky built. The description of the kidnapper was a man dressed in drag, but we believe that she was just disguised," Jeff Highsmith said.

Highsmith — who goes by Melanie but is now considering changing her name back to Melissa — was raised just 10 minutes from where she was abducted from her mother's apartment on Aug. 23, 1971.

The Highsmiths spoke with Fort Worth police Monday.

Police said in a statement:

Jeff Highsmith says that statute of limitations on kidnappings needs to change. He's hoping someone is held accountable. 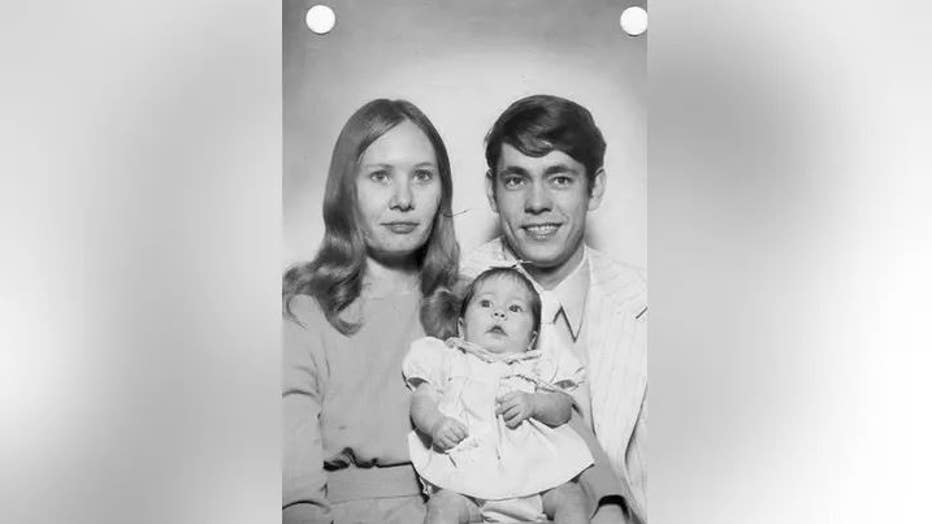 The family of Melissa Highsmith provided this photo of her as a baby. Highsmith disappeared from Fort Worth, Texas, Aug. 23, 1971, when she was just 21 months old. (Provided by family to Fox News Digital)

"We hope that there's justice for the Highsmith family and the reason I say that there's been 51 years stolen from my family, from Alta, her mother, and from her brothers and sisters," he said.

For the Highsmiths it is a fairy tale ending 51 years in the making.

"Although it was a tragic story, it's a happy ending for us and I hope other people will take this story and keep on searching and put their DNA out," said James Highsmith.

"I feel like it's God giving me a second chance," Melissa said.