Fort Worth police want to find out who was involved in a brawl that injured a tow truck driver.

FORT WORTH, Texas - Fort Worth police want to find out who was involved in a brawl that injured a tow truck driver.

The assault happened as the driver tried to tow vehicles during a mob-type meet up earlier this month.

Police are not talking about the attack but released a video clip of the men they want to identify.

"He wanted me to drop his car, I told him it would be $125. Or if he didn’t want to pay the $125 to drop, he could come pick it up from the yard," tow truck driver Terry Devers recalled.

That was the confrontation that set it all off and left Devers bloodied and beaten.

Fort Worth police released images of the brawl. They are trying to identify four men involved in the assault. 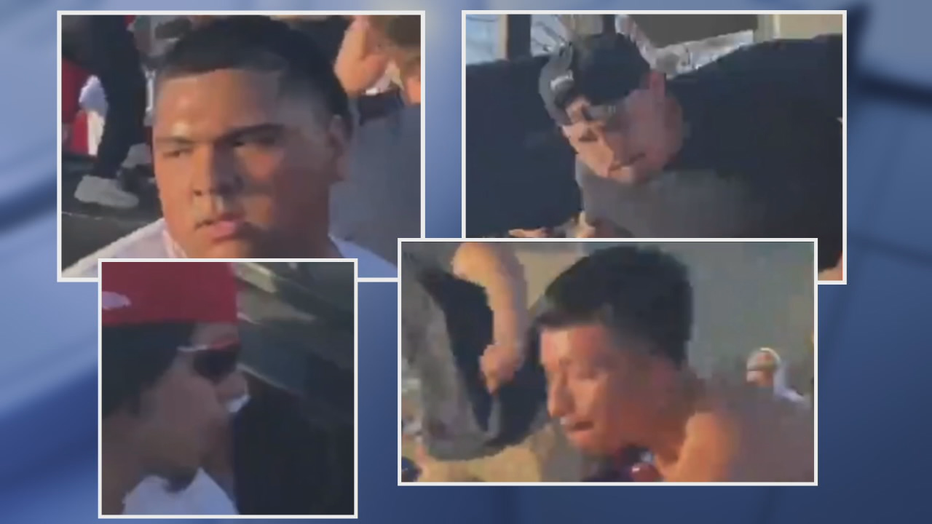 "They came over, they surrounded me, I guess they figured, ‘Oh, well he’s outnumbered. He’s going to drop the car.’ Well they had a different story coming to them, I wasn’t dropping the car," Devers said.

Devers got the call to remove several illegally parked vehicles at a business strip where a mob-like crowd gathered on North Main Street.

The group was described as faithful followers of the YouTube Canadian prankster group Nelk Boys. The meet up was on March 15.

Gabe Edwards is a YouTuber from North Richland Hills. He was there for the entire event and was recording as the chaos broke out.

"I was just there documenting it and it kind of got crazy. I didn't really expect the day to go the way it did," he said. "Everyone kind of fed off each other, and a lot of stuff happened that shouldn’t have."

Edwards says he didn’t witness Dever’s attack in person, but his video captured the mob throwing glass bottles and setting off fireworks nearby.

"I saw videos of it online and I felt myself getting angry just watching that," Edwards said. "People were just being completely immature, and people are lucky they didn’t get a gun drawn on them, to be honest. I mean that tow truck driver probably had every right to defend himself."

Fort Worth police want to find out who was involved in a brawl that injured a tow truck driver.

Devers said he didn’t swing at anyone, thinking that would make things worse, but instead, grabbed something to defend himself.

"It’s actually a bar for flatbed trucks or semi’s that are going down," he said. "I had it just like that and was like, ‘If y’all gonna do something, do something.’"

At one point, Devers said someone jumped in to steal the keys from his ignition.

"I body slammed him out of the truck to let everybody know, hey, I’m not playing. Y’all need to back off," he said.

Devers said police arrived shortly after that to de-escalate the brawl. Police declined to talk on camera about the assault and the search for the four suspects.

"They better hope police find them before I do or before the other tow company drivers find them. Because they all want to jump them," he added.