Man punches woman during road rage incident in Fort Worth

Fort Worth police are hoping someone can help them identify the man who slugged a woman in the face after a close call in traffic.

FORT WORTH, Texas - Fort Worth police are hoping someone can help them identify the man who slugged a woman in the face after a close call in traffic.

"I got punched for basically cutting somebody off and I didn’t expect that to happen," the victim said.

Surveillance video shows the victim, all of four-foot-eight, take a right to the jaw from the suspect.

This happened at 10:30 a.m. on Saturday, May 21, near the intersection of Crowley Road and Alta Mesa in Fort Worth.

It shows the ugly end to being cut off in traffic

"When I was coming this way, my daughter had her plate of food right in the middle where you pull the emergency brake, so when I was going up, the plate flew," the victim recalled.

She was trying to get off the busy street and made a left turn in front of the suspect, who had a female in the front seat.

"So, at that time, I cut off a car, which was right there in front of me, in the lane I was trying to turn, to avoid a collision, a head-on collision," she said.

That car followed her into the gas station parking lot, where she went to apologize to the woman in the passenger seat.

"She blew the smoke in my face and then goes like that and says, ‘He's talking to you.’ And then I turned and I walked and I get punched in the face," the victim said. 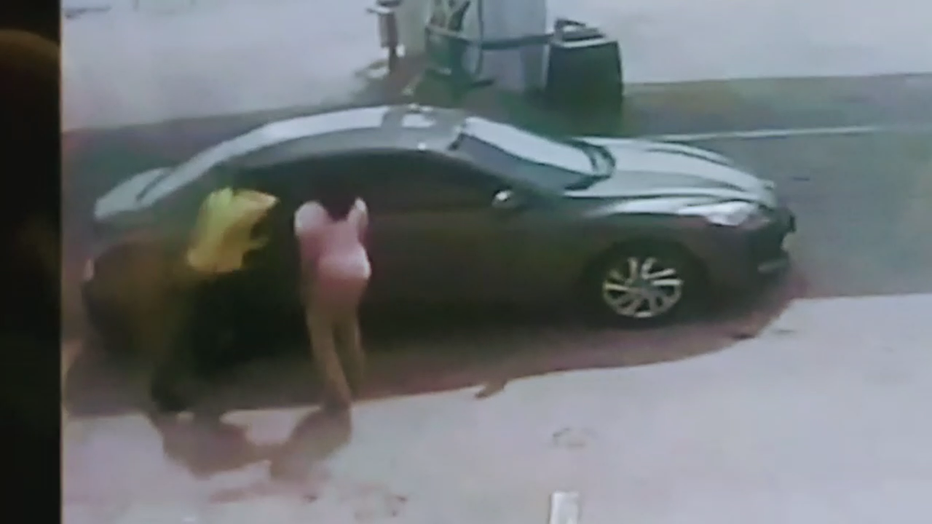 Her 12-year-old daughter saw it all.

"My daughter’s got that trauma now. I’m going to try to seek help for her because she sees every guy now differently," she said. "He was leaving and all I heard was, ‘Learn how to drive you stupid b****.’"

"The victim’s trying to make an elusive move here so she can avoid any type of accident, and the next thing you know, she's getting punched in the face by this suspect," Fort Worth PD Officer Jimmy Pollozani said.

Pollozani explained what people should do when they find themselves caught up in road rage.

Anyone with information on the suspect in this case is asked to call Fort Worth PD’s South Division Criminal Investigation Unit at 817-392-3460.

"I was trying to say I’m sorry for my actions, but that didn’t work. They just took action instead," the victim said.