New unemployment claims fell to 657,000 last week. It’s the lowest weekly total since the start of the pandemic.

FORT WORTH, Texas - New unemployment claims fell to 657,000 last week. It’s the lowest weekly total since the start of the pandemic.

That is still much higher than before COVID-19. And with added federal benefits, the Texas Workforce Commission is seeing a surge in fraudulent claims.

The fraud with Texas unemployment benefits has affected hundreds of thousands of innocent victims in recent months. It is also taking a toll on businesses.

Steven Metcalf’s Fort Worth shop specializes in repairing Honda and Acura vehicles. But for the first time in more than 20 years, he’s run into a breakdown affecting more than an engine. 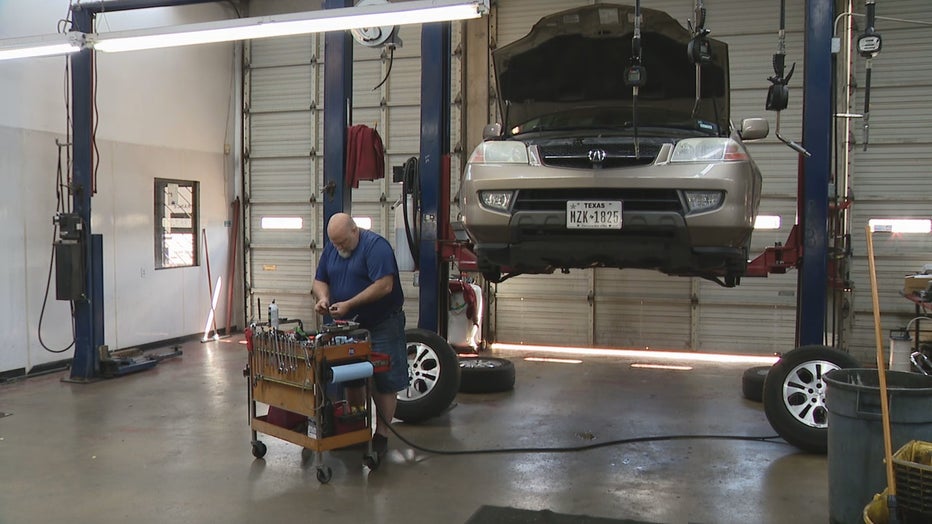 In September 2020, Metcalf got notice of an unemployment benefits claim filed on behalf of one of his mechanics. He says it was bogus.

"This particular employee has been employed here since July 1, 2001. Never has been laid off or fired or quit," he said.

Metcalf alerted the Texas Workforce Commission back then.

This month some six months later, Metcalf received correspondence indicating the benefits were paid to someone. And there’s more. He says a separate notice arrived indicating fraud involving a second employee.

"I’m amazed at the very poor communication from the Texas Workforce Commission," Metcalf said. "You would think somebody would just pick the phone up before they start writing checks."

"In most cases, we actually catch those because they are reported by the employer or the employee," explained James Bernsen with the TWC.

Metcalf shared a folder of files to FOX 4 in which he did just that.

Bernsen described in general terms how the state is trying to deal with hundreds of thousands of fraudulent claims and what it means for business taxes that fund those payments.

"So we would pursue criminal charges against the person who actually committed fraud if we can identify that person," he explained. "But the employer would never be on the hook for any additional tax increases or whatever from their account being charged. And that is certainly the way we designed the system because we recognize there are a lot of innocent victims."

Metcalf hopes to avoid higher taxes or further consequences as a result of someone abusing the unemployment system.

"I’m just a mechanic," he said. "But I could write software where if somebody responds and checks the box that they think this is fraudulent, that they red flag it and stop it."