Up front with raw truth about the streets, Fort Worth police recruits participated in what the department calls multicultural training.

FORT WORTH, Texas - Police academy recruits in Fort Worth got a unique and street-savvy lesson.

The police officer candidates got to interact with some who actually know life from both sides of the law.

Up front with raw truth about the streets, Fort Worth police recruits participated in what the department calls multicultural training.

Rodney Mack is now a pastor. He told the group he also knows violent gang life. He notes in certain communities a spirited conversation outside a corner store could be mistakenly get called in as a disturbance. 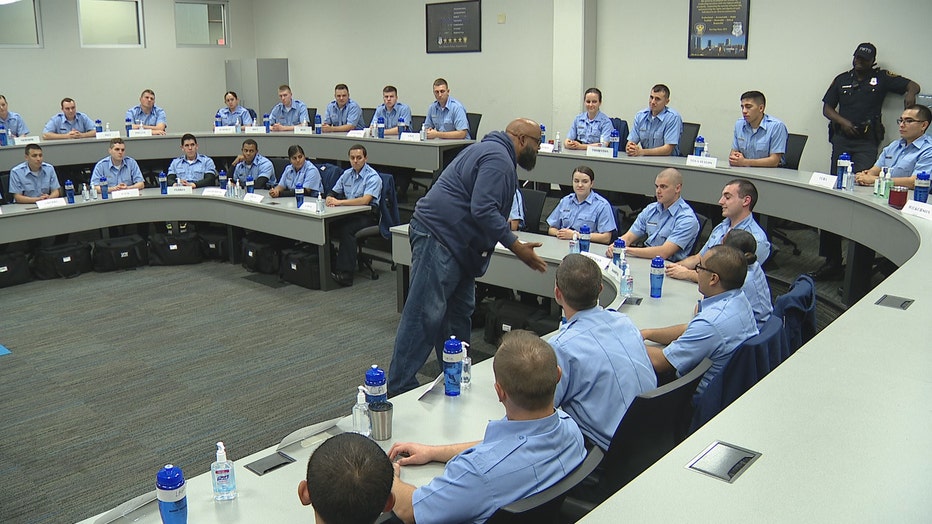 "We actually talking about football. Man, we love the Cowboys. Everybody moving their hands. They're hollering. They're yelling. Sounds like we're arguing,” he said. “How do you approach the situation?”

The interaction is an effort to familiarize the soon-to-be officers with what to expect in communities where tension with police has been heightened.

It also comes on the heels of a high profile officer shooting.

Former rookie cop Aaron Dean is now charged with murder after firing through a home window during a service call and killing Atatiana Jefferson.

"This is something that's brand new,” said Fort Worth Police Officer Tracy Carter. “One of the things we wanted to bring, I call them real-life experiences, to the recruits. Our thing is to make them better police officers."

Roger Foggle describes himself as a former gangbanger. He also offered advice.

"Everybody who looks like me, everybody my size talks like me. Talks rough,” he said. “We're not gonna hurt you, man. Y’all need to understand that."