One of the gunmen may have been attempting vigilante justice.

Instead, there are now two shooting victims in this case, and one of them was just an innocent bystander.

The details are limited at this point as police are still searching for witnesses and video that may have captured what happened just east of downtown.

"We hope, and we’re checking all of our video surveillance around. We believe and hope that we will be able to apprehend these people very soon," said Tracy Carter, with Fort Worth PD.

Police got the call just after 2 p.m., and found that a man had been shot just outside of True Worth Place, a Fort Worth homeless shelter. 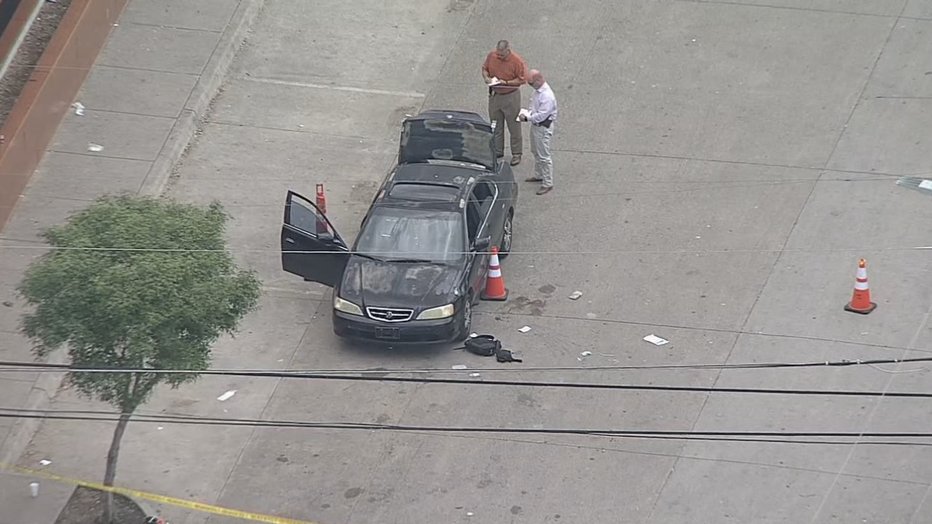 The surrounding blocks are known as a place where people experiencing homelessness tend to gather.

Officer Carter said it started as an argument between two men.

"They seem to have gotten into an altercation. We don’t know what the altercation was about," he explained.

Police said that’s when one of the men walked across the street, pulled out a gun and shot the victim, killing him.

Moments later, a second person who saw the shooting pulled out a gun, and opened fire at the first shooter.

Instead, an innocent bystander was hit, later taken to a hospital in critical condition.

"This particular victim was standing outside of the car, or just standing close to where the first victim was shot. So again, that person is in critical condition," Carter said.

Police said both shooters left the scene and investigators have not made any arrests.

It’s unclear if any of the people involved in these shootings knew each other.

Fort Worth Can Academy and I.M Terrell Academy were both on lockdown for part of the afternoon before students were released.