FORT WORTH, Texas - The Fort Worth police chief updated the city council on his effort to reduce violent crime.

The city of Fort Worth has seen increases in violent crimes like shootings and aggravated assaults, but the chief says they’re making changes and solving more cases.

Fort Worth police are taking note of how Dallas reduced violent crime, hoping to mirror some of that success.

"We need solid, professional, precise, data-driven, intelligence-led policing," said Fort Worth Police Chief Neil Noakes. "We need officers who go out proactively in communities and address the violent actors that are in communities." 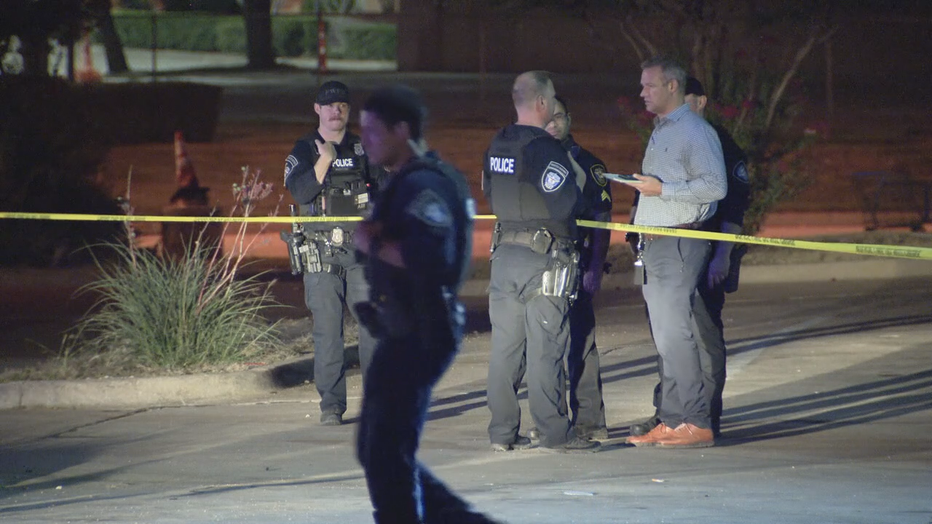 Last year, Fort Worth police investigated 388 shootings with nearly 100 of them fatal. Almost 70% of victims did not know the suspect.

"Here’s where the real disparity jumps out: 62% are African American," Noakes said. "A population that makes up roughly 19% of our city accounts for 62% of our victims of gun violence."

But the police chief noted while the population is climbing, the overall crime rate is actually decreasing.

Like Dallas, Fort Worth is taking a data-based approach and targeting hot spots in the city where most gun violence is happening. 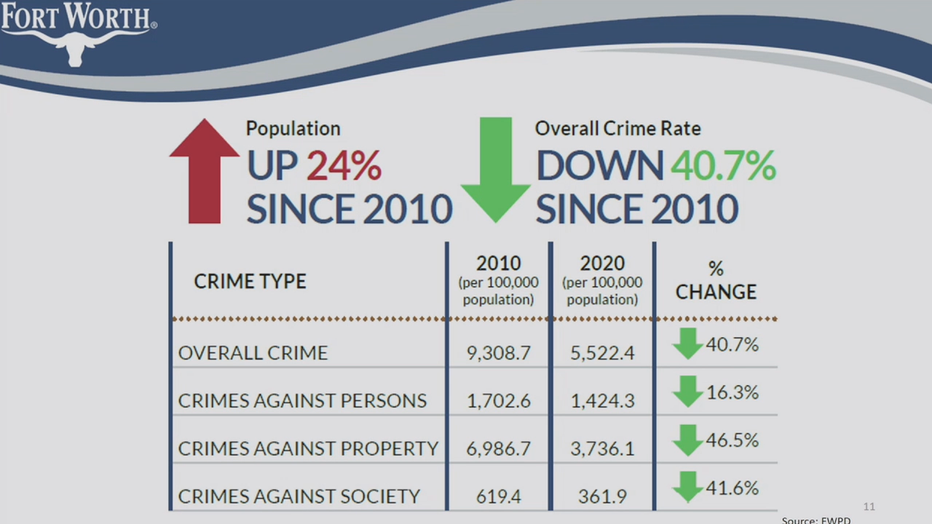 "More targeted, precise arrests of violent actors in our neighborhoods, more weapons confiscated and taken off the streets," Noakes said.

Dallas violent crime down in areas of focus, police say

The team was formed after finding many shooters in the city’s homicide cases were also committing non-fatal shootings, which only had a clearance rate of about 20%.

"Since this team has been put in place, our clearance rate is now 60% and climbing," the chief said.

The department’s ‘Fort Worth Safe’ initiative started last May. Since then, officers recovered 54 guns and 55 stolen vehicles and made more than 670 arrests. 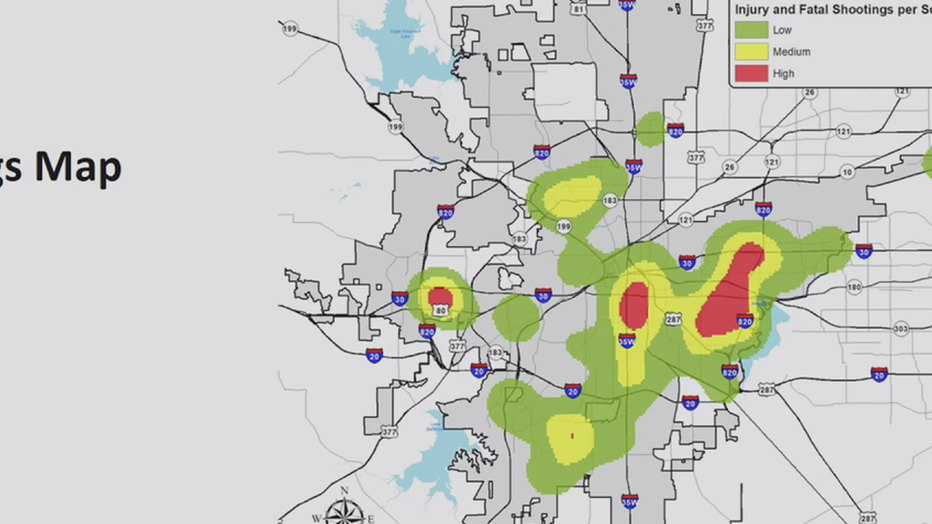 "Every American city is at a defining moment right now," said Fort Worth Mayor Mattie Parker. "And we’re no different than that."

The chief also noted like the rest of the country, they are seeing homicide numbers higher than they’ve seen in more than 25 years.