FORT WORTH, Texas - Deputy Police Chief Neil Noakes will be the new Fort Worth Chief of Police, officials announced Monday.

Noakes, who has worked at the department since 2000, replaces outgoing chief Ed Kraus. He has been deputy police chief since 2019 and was in charge of South Command, which includes South, East, and Central patrol divisions.

Noakes said Monday he was humbled and ready to lead the department in the direction of positive reform, trust rebuilding and transparency. He acknowledged the past few years as being "turbulent times" in policing and says he wants to better connect with communities to continue bridging the gap in terms of inclusion.

"There’s a culture we want to make sure we instill in Fort Worth about treating people with dignity and respect, a culture of transparency and accountability and true, not just community engagement, but community inclusion. It’s one thing to engage with someone but another to include them in the process," Noakes said.

In December 2016, he was working as a lieutenant in the internal affairs department during the investigation of a viral arrest. Jacqueline Craig, who called police, ended up being arrested herself.

And when Atatiana Jefferson was shot by an officer in her home in 2018, Noakes served as deputy chief of the department.

Bob Ray Sanders, the chair of the city’s race and culture task force, says he actually hoped the city would go with an internal hire because of what’s happened over the past few years.

"We don’t have time for somebody to come from the outside and spend 2.5 years trying to learn the city. Not with the crisis we have confronting us right now," he said. 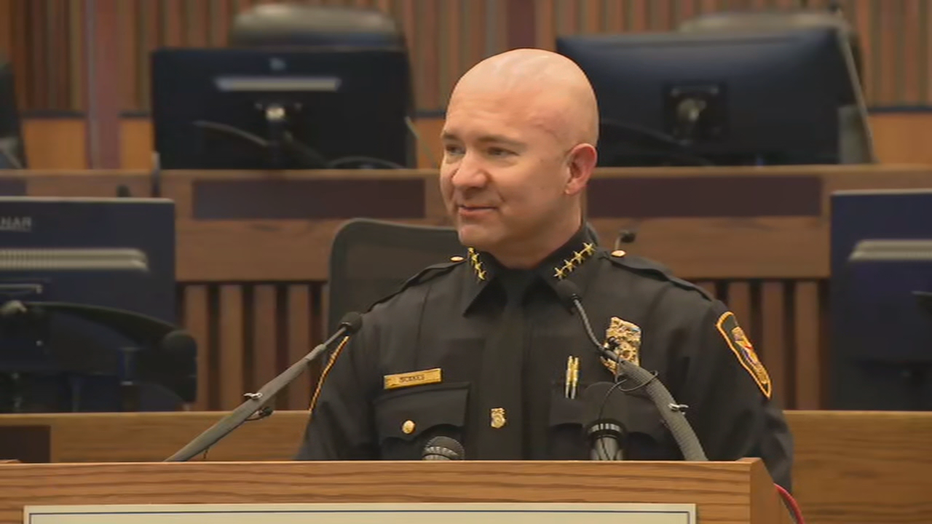 "My first reaction to that announcement was fantastic - I think he’s an excellent choice," he said. "He’s not just a good ole boy from Fort Worth."

Manny Ramirez, president of the Fort Worth Police Officers Association, is looking forward to Noakes building on the foundation set by outgoing Chief Ed Kraus.

"I think that you don’t make an internal selection unless you know that you have a pretty good department on your hands," Ramirez said.

"For 10 years, I’ve been seeing Neal out and about in the community as well," said Fort Worth Mayor Betsy Price. "Even when he was on his own time, he was out visiting with people, helping families, having coffee with people. And he will continue that as chief."

Noakes vows to engage his community and forge constructive relationships with Fort Worth residents.

Noakes spent eight years as a patrol officer and says he’s also looking forward to actual connection with officers, riding with them, listening to their concerns.

The new chief also acknowledged the inevitable creation of a citizens police review board. He says he wants to be a part of the discussion to help develop a process that works best for Fort Worth and is not simply a model that another city has adopted.

Noakes was one of six finalists named by the department. He was one of two internal candidates. Noakes also has a master’s degree in criminal justice from TCU.