Fort Worth Police Chief Ed Kraus is planning to retire after 28 years of service.

FORT WORTH, Texas - Fort Worth Police Chief Ed Kraus is planning to retire after 28 years of service.

Chief Kraus made the announcement Monday and said he will remain on the job until the year or once the city has hired a replacement.

Kraus has been with the Fort Worth Police Department for the past 28 years. He was hired as an officer in 1992 and rose through the ranks.

He was named interim police chief last year after former Chief Joel Fitzgerald was fired. He was then given the job permanently in December.

“He came in at exactly the time we needed him,” said Bob Ray Sanders, former co-chair of Fort Worth's Race and Culture Task Force. “City was in a divide I had not seen in a long time. We were one step away from major confrontation.” 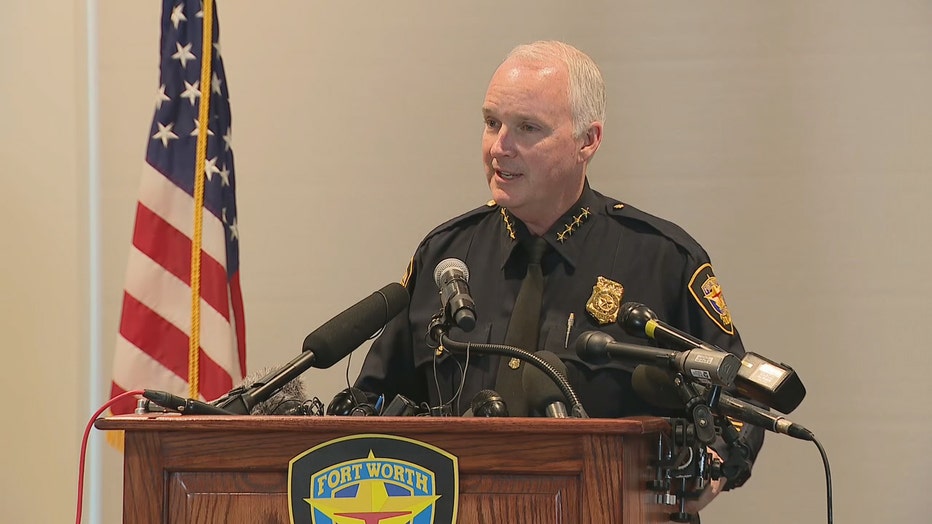 Kraus became known around the country when he and the assistant chief spontaneously kneeled alongside Fort Worth protestors following George Floyd's death.

Sanders says what Kraus has done outside the spotlight is equally impactful.

“I know he met with people who had complaints against the department,” Sanders said.

Perhaps the most difficult time of Kraus' brief tenure as chief came when Atatiana Jefferson was shot and killed in her home by Officer Aaron Dean, who is now charged with her murder.

“I was there when he met with the family in a private home. I heard the discussion between them,” Sanders said.

The president of the Fort Worth Police Officer's Association says he hopes the city can find someone else who leads the way Kraus has.

“Someone who leads by integrity, faith, someone who will not sacrifice morals for police expediency,” Manny Ramirez said.

Fort Worth will be looking for a new police chief since its respected leader announced his retirement. Mayor Betsy Price joins Good Day to talk about his departure, as well as Tarrant County's decision to delay the start of the school year.

Fort Worth Mayor Betsy Price said in a statement, “His servant’s heart has been what the City of Fort Worth needed during these unprecedented times and his leadership has been transformative for our community. Chief Kraus has laid the groundwork for a more accountable and transparent Department."

The city manager said a national search will be conducted.

“He has left us in a position where next person can pick that ball up and run with it,” Ramirez said.