A newly-elected city councilman in Fort Worth is pressing for the Atatiana Jefferson murder case to go to trial.

FORT WORTH, Texas - A newly-elected city councilman in Fort Worth is pressing for the Atatiana Jefferson murder case to go to trial.

There is still no trial date set for the former police officer charged with her murder.

As Tarrant County continues to move beyond COVID restrictions, a new Fort Worth councilman is calling on the justice system to follow suit and move forward with the murder trial for Aaron Dean.

Councilman Chris Nettles is focused on a campaign promise and visited the district attorney’s office with a letter renewing a call for justice for Jefferson. 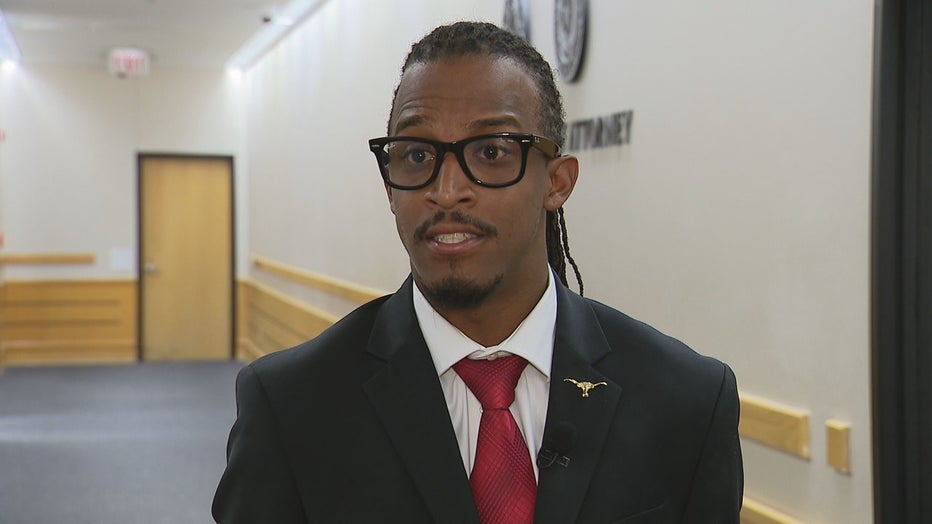 "This is so important. It’s been 624 days since the case has taken place and no trial date has been set," he said. "I don’t know what the delay is, but the community is yet still mourning the death of Atatiana Jefferson."

Chris nettles also visited the 297th district court in an attempt to hand deliver the same letter to the judge, which in part states: "We are approaching two years since Atatiana’s murder and yet, the man indicted for her murder remains free. It is time for Aaron Dean to have his day in court."

Jefferson was shot and killed by former Fort Worth Police Officer Aaron Dean in October 2019. She was at her mother’s home when Dean responded for a welfare check after a neighbor noticed their front door open late at night.  Jefferson grabbed her gun after hearing what seemed to be a prowler. She was killed seconds later when Dean at first yelled and then fired at her through a window.

While Dean’s case is on Judge Hagerman’s docket on Tuesday for a status hearing, Nettles is asking for the process to move along more expeditiously.

"So we’re not asking for a trial date just to be set but for due process to take place," Nettles said. "She was not given due process. Murdered and killed in her own home."

FOX 4 made several attempts throughout the day to reach Dean's attorney for information on Tuesday’s hearing. He has yet to respond.