More than two dozen Fort Worth apartment complexes are still dealing with water issues more than two weeks after our winter storm.

FORT WORTH, Texas - More than two dozen Fort Worth apartment complexes are still dealing with water issues more than two weeks after our winter storm.

Code enforcement has been on the move in Fort Worth following up on water issues at apartment complexes. 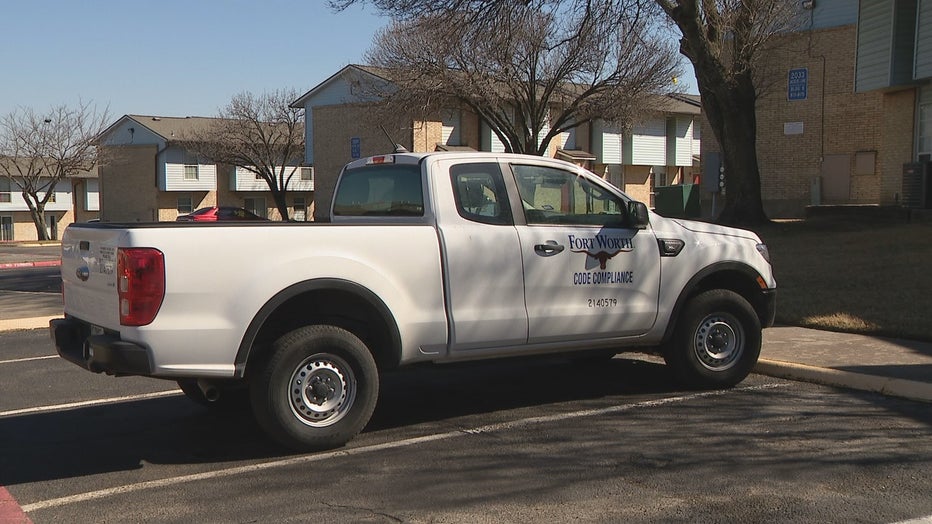 Sayed Abasy and his family had water restored just minutes before a code enforcement visit on Tuesday. They’d been without it for more than 10 days.

"It was hard because we have kids. No water. It’s not easy," Abasy said. "Every day, I pick up the two buckets and go over there to the neighbors and knock. ‘May I please have some water?’ It was not one time, two times, three times."

As of Tuesday, Fort Worth City Code Compliance Director Brandon Bennett says 24 apartment complexes are still dealing with issues, including Times Square on The Hill in central Fort Worth.

A Fort Worth statute to protect renters is said to be one of the toughest in the state.

Bennett says possible citations would be just the beginning.

"Then it becomes that added burden to various complexes to comply or face criminal prosecution from the city," he said.

Meantime back at Abasy’s apartment, less than an hour after the water is back on, a leak pouring water down his front door will force another shut-off.

The city is pointing out while there have been good efforts, leniency is wearing thin.

"Even though we work with these folks, if we get into next week and we are not seeing the progress that we’re expecting right now, we’re going to take a different path with these folks," Bennett said.