FORT WORTH, Texas - The Fort Worth City Council is moving forward with plans to hire a third party police review panel.

It comes ten days after Atatiana Jefferson was shot and killed by a police officer in her home. Officer Aaron Dean quit the department before speaking to detectives. He is now charged with murder.

This week’s council meeting was somewhat calmer than last week’s meeting. Still, more than 80 people took the podium Tuesday night. Many of them told the city council they do not feel safe in Fort Worth. Once again, they urged city leaders to implement police oversight policies.

“We are listening. Everybody has heard about this recent incident. We hate that it happened. We are listening,” said Fort Worth City Manager David Cooke. “We want to make sure that the community does have trust and faith in the police department.” 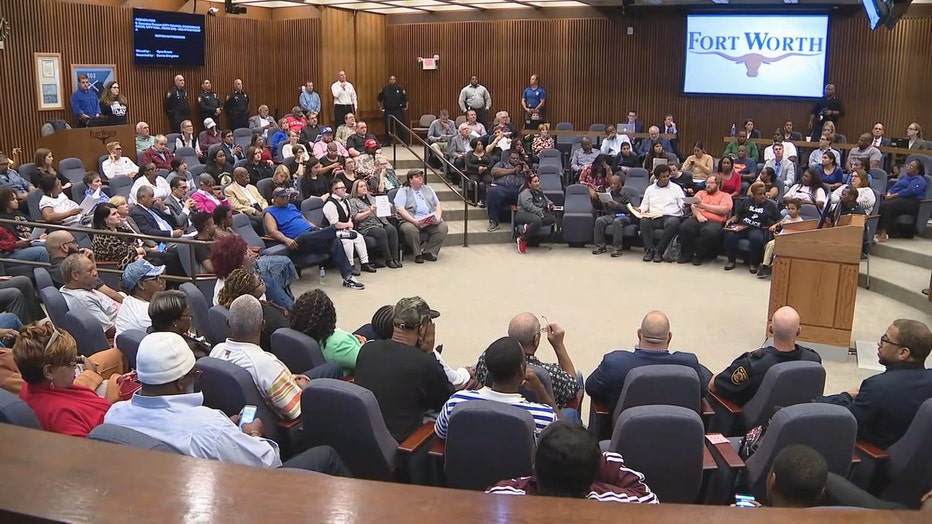 For the second week in a row, citizens outraged over Jefferson's death filled the council chambers and lashed out at city leaders.

“Don’t be in your house playing video games. Don’t breathe. As a white person, none of these things are risky for me in the same way that they are for black citizens of Fort Worth,” said resident Emily Ferris.

“Our uncontrolled, poorly supervised police department makes me feel unsafe in my home and in Fort Worth,” Sarduy said. “If Fort Worth had any good cops, they would be reporting and getting rid of the bad cops.”

But Cooke pointed out plans to address police oversight have been in motion since the Race and Culture Task Force gave its recommendations to the city council late last year. Discussions on implementing them began last spring.

“I think the unfortunate incident from last Saturday just accelerates the need,” he said.

“We have had an overwhelming interest from individuals and firms from across Texas and the United States,” he said.

It’s unclear how many people will be hired for the panel, but Cooke says the city will interview people from a diverse group of backgrounds.

While the city focuses on this demand, many in Fort Worth reiterated their concerns about racial bias within the city’s police department.

The city manager says they will hold interviews in the coming weeks and have the full panel in place no later than November 19.