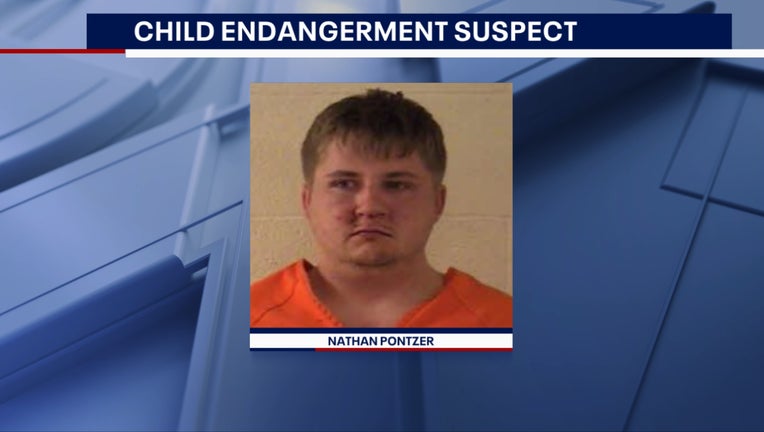 FORNEY, Texas - Forney police arrested a man who they say took his child to a bar and drunkenly pulled out a gun during a fight.

It happened Monday night at the Forney Icehouse on Highway 80.

Customers took the child away from 28-year-old Nathan Pontzer when he went outside to get another gun from his vehicle. He was locked out of the bar, and police arrested him when they arrived.

Pontzer has been charged with unlawful carrying weapon, deadly conduct and abandoning or endangering a child.