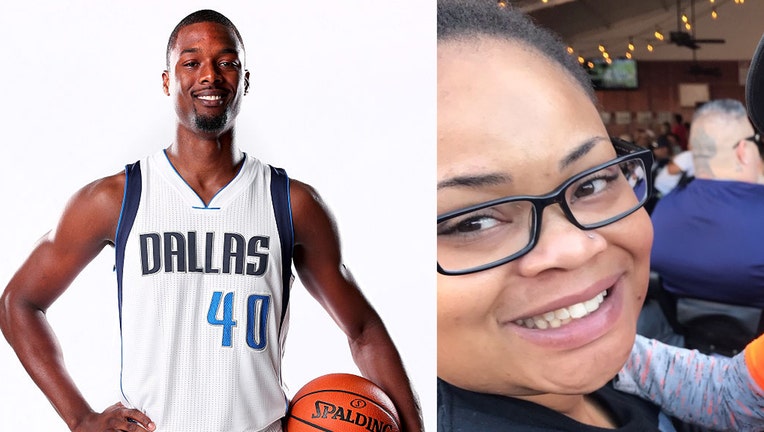 FORT WORTH, Texas - Former Dallas Maverick Harrison Barnes and his wife, Brittany Barnes, will pay for the funeral of Atatiana Jefferson, who was fatally shot by a Fort Worth officer while in her home.

Barnes, who was traded from the Mavs to the Sacramento Kings last season, has a history of giving back to the North Texas community while he was a player here, including providing Thanksgiving meals for those in need, and giving to the Boys and Girls Club.

Jefferson was shot and killed inside her own home early Saturday morning while watching her 8-year-old nephew.

The officer who fatally shot Jefferson, Aaron Dean, has been charged with murder in her death. He has been released on a $200,000 bond.

The shooting happened after a concerned neighbor called the police department’s non-emergency number to report seeing Jefferson’s door open, which he thought was unusual.

Dean and another officer responded to the house, and body camera video shows Dean arriving at the home and looking through a set of glass storm doors, but he never announced his presence.

He walked around the perimeter of the house with a flashlight and gun drawn.

Investigators say when he got to the back window, he saw someone standing inside the home.

After “perceiving a threat,” the officer can be heard saying, “Put your hands up. Show me your hands,” before immediately shooting through the window at the person inside.

The officer did not announce that he was a police officer before shooting. A single shot was fired, killing Jefferson.

Jefferson’s nephew said his aunt “heard noises coming from outside and she took her handgun from her purse.” She raised her handgun and pointed it toward the window. Then she was shot and fell to the ground, the affidavit states.

MORE: Affidavit: Atatiana Jefferson pulled handgun from purse because she heard noises in her backyard

A wake for Jefferson is set for Friday at 7 p.m., with funeral services scheduled for Saturday at 2 p.m. Both will be held at Potter's House of Dallas, 6777 W. Kiest Blvd.