FOX 2 - For Ed Martell the moment he was sworn in as an attorney earlier this month didn't just represent the start of a new career. It marked years of tireless determination - and a journey that started in the very same courtroom.

"I was certain my way it took a miracle, God sent that miracle in the form of a judge behind a bench of all places," he said.

For Ed Martell the moment he was sworn in as an attorney earlier this month didn't just represent the start of a new career. It marked years of tireless determination - and a journey that started in the very same courtroom.

Sixteen years ago Martell was a 27-year-old high school drop-out in Inkster.

"I fell victim to my environment, I guess I could say, and then it became a trend," he said. "I started hanging around with the wrong crowd, I got intertwined with the drug culture."

But instead, he got three years probation and some unexpected inspiration.

"He challenged me, and he said Mr. Martell, I dare you to be a CEO of a Fortune 500 company, instead of out here selling drugs," Martell recalls. 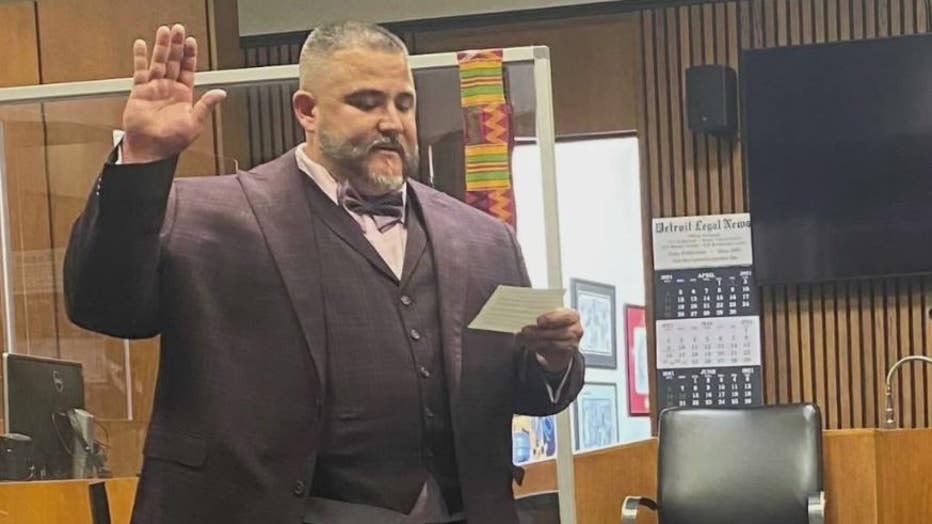 He took that challenge head-on.

"I knew what I wanted to be, but when you come from a place where I came from, I didn't grow up knowing any attorneys," he said.

He went back to school starting at Wayne County Community College for his associates and ended up with a full-ride scholarship to law school at the University of Detroit-Mercy.

Martell then told his story to the character and fitness committee for the State Bar of Michigan. They decided his past didn't have to dictate his future and did not block his attempt to become a lawyer, despite his past brush with the law. 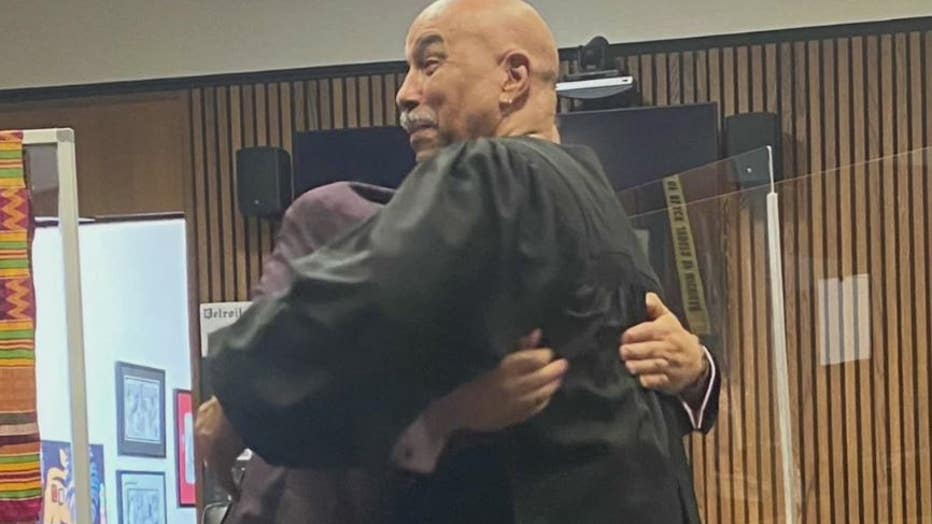 Ed Martell bear hugs Judge Bruce Morrow after being sworn in as attorney.

Now finally, Martell was sworn in by Morrow who is now much more than a judge. He's Martell's mentor.

"He's like so many of the other people that come in front of us," Morrow said. "They are talented, they're brilliant, they have abilities and skills that, if you were not looking to make people's lives better and connect with them, you were only going to see the person and the offense that they're charged with."

Morrow says he's mentored several others who have come before him in the courtroom. The judge says it's his responsibility to love everyone.

"I tell them you were sent to me - this isn't random, you're not in a place by coincidence, you're here for a purpose," he said.

Martell credits Morrow for finding that purpose and seeing something in him he didn't see himself. Now as Martell settles into his new job as an attorney for Perkins Law Group in Downtown Detroit, the 43-year-old is looking forward to his bright future. 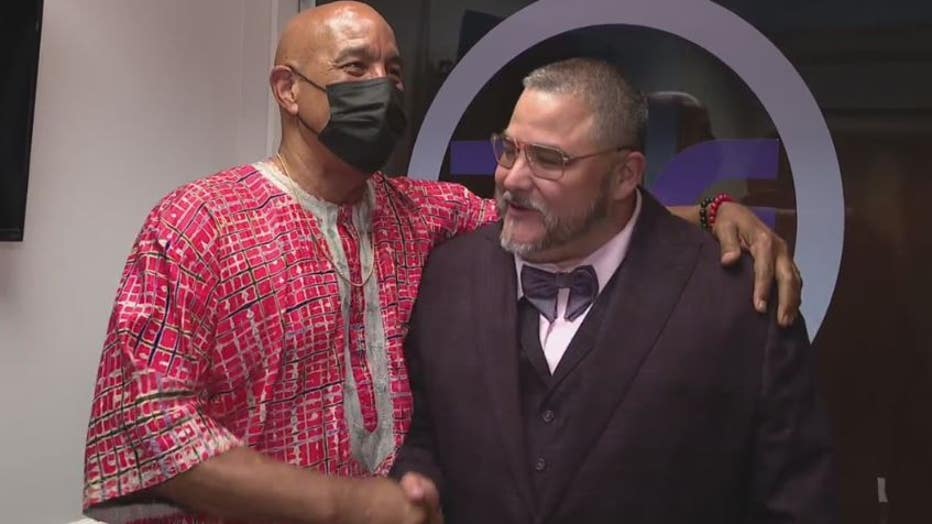 Judge Bruce Morrow and the man he inspired, Ed Martell.

Martell also plans to give back to the community and serve as an inspiration to the next generation.