DEARBORN, Mich. - Texans trapped in some of the coldest temperatures to ever hit the state have resulted in some out-of-box solutions for keeping warm and powering appliances. 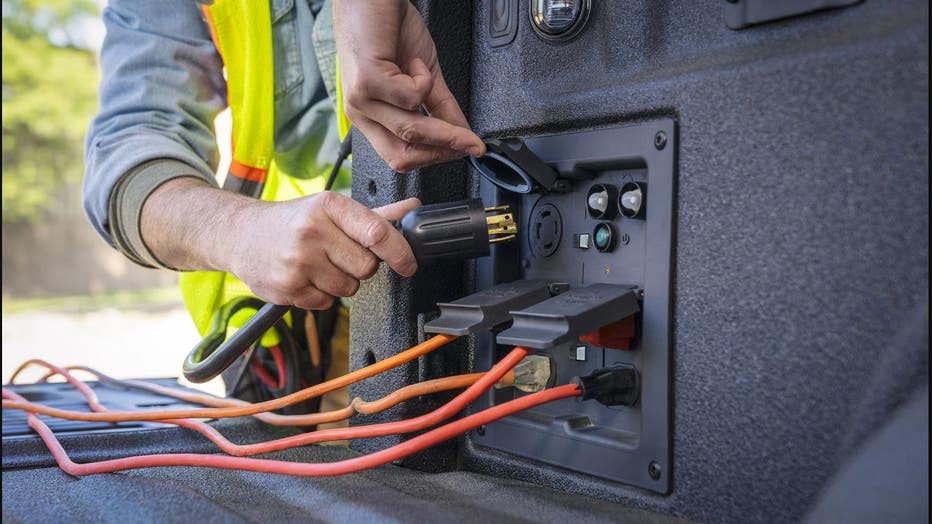 As it turns out, Ford's new F-150 model that's equipped with an onboard power source can be used for more than just powering electric tools from a toolbox.

That solution was codified into an impromptu request from the company that asked dealerships in the state to loan out its F-150s to other Texans in need of respite from the arctic air plaguing the state.

On Wednesday, a blog dedicated to Ford's flagship truck posted a photo of an extension cord plugged into the interior wall of an F-150 pickup bed.

"Easy to use, just turn it on and forget it.

"Ran power to some lights, coffee pot, 75" TV, toaster oven, space heater and refrigerator," read a posting on the F150gen14 blog. "Easy to use, just turn it on and forget it."

The photo posted on Twitter got some traffic. But after Ford caught wind, the company confirmed it had sent a letter to dealerships in the state that it would offer money to dealerships that loan out the same model to others struggling to stay warm.

According to a media release from Ford, the 2021 model's Pro Power Onboard feature has enough power ot run 28 refrigerators, charge a bed full of electric dirt bikes, or run an entire job site worth of tools.

Or in the case of inclement weather, heat a home that's lost power.

First reported by Automotive News, the story even got some recognition from Jim Farley, Ford's new CEO.

Texas is dealing through some of the worst power outages the state has ever seen after cold temperatures froze natural gas and oil pipelines. The breakdown in operations starved cities and suburbs of electricity as residents sought respite in their homes and cars.