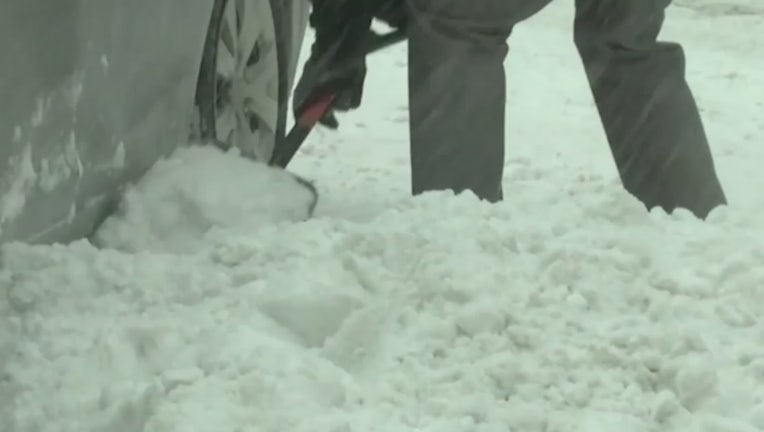 PITTSBURGH - As a winter snowstorm canceled extracurricular activities at schools across the northeast, one Pennsylvania high school football coach used it as a chance to give his players a different kind of workout.

Brian DeLallo coaches football at Bethel Park High School in Pittsburgh. He was paying attention to the weather forecast, and realized his team's weightlifting workout on Monday would not be able to go on as scheduled.

Anticipating heavy snowfall, DeLallo sent out a tweet on Sunday, informing his players that the team's workout would be canceled.

But that didn't mean the teens were off the hook.

"Find an elderly or disabled neighbor and shovel their driveway," DeLallo instructed his players. "Don’t accept any money - that’s our Monday workout."

The players dutifully hit the pavement, offering to help out their neighbors.

But he added that dozens of residents were happy to take them up on their offer, and his teammates enjoyed the unorthodox workout.

DeLallo, whose original tweet garnered thousands of likes and hundreds of retweets, was surprised at the response. He credited his predecessor for the idea, saying he was "simply carrying on 1 of the many great traditions he established."

"You get a lot more out of this than ‘did you bench press 300 pounds today?’" DeLallo told KDKA. "This is really cool. It’s a chance to connect with the community and you don’t get many of those, so this is nice."

RELATED: ‘Where turning 5 is a pleasure’: Lakeland boy celebrates birthday with Publix-themed party