The new project includes several warehouses where 18-wheelers will come and go.

New home subdivisions in Denton County continue sprouting along I-35W. Now, some of those homeowners are finding themselves in a battle over a proposed industrial development aiming to become their neighbor.

The Cross Timbers Business Park would be a cluster of warehouses, including 10 one-story buildings totaling over three million square feet of space. 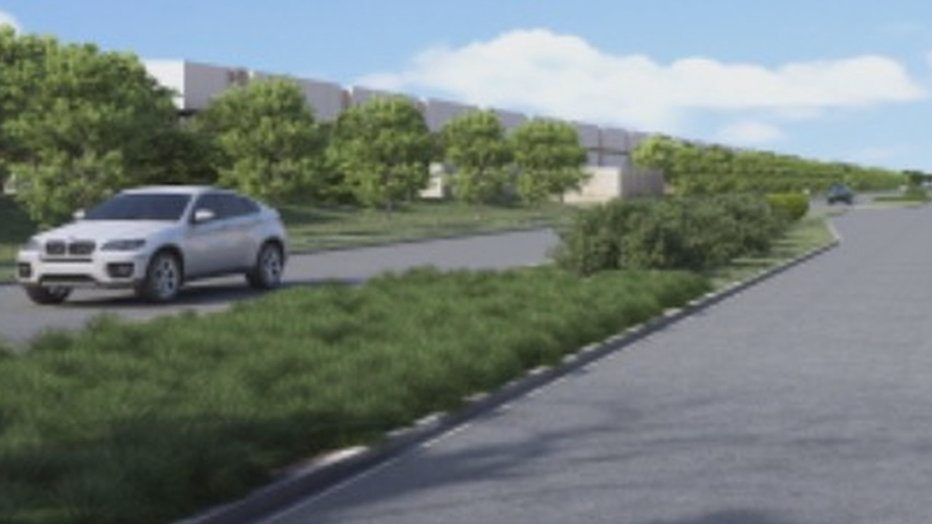 Bordering those warehouses, there would be dock bays for more than 700 18-wheelers.

Candice Petit, Jennifer Zenuch and Alex Pisciotta live in neighborhoods adjacent to what would be the entrance to the business park.

"These industrial warehouses bring with it a lot of diesel exhaust and pollution of all these heavy-duty vehicles and small duty vehicles," Zenuch said.

"If these warehouses were to be built here, we’re definitely losing our home value," Pisciotta said.

At recent Flower Mound town hall meetings, the mayor and council have listened to significant opposition from those who feel the proposed project is a terrible fit for the landscape where it would sit surrounded by homes and across from Argyle High School.

"We have a Facebook group with over 1,400 members already. One hundred fifty plus show up to the meetings. 30 to 40 people speak each time, and it grows each time, so we’re not stopping," Petit said.

Crow Holdings, the parent company for the business park, has attempted similar projects that were rejected in Southern Dallas and Richardson despite the lucrative tax benefits it would bring along with it.

Representatives for the developer told Flower Mound’s planning and zoning commission last November that the site design would mitigate noise and eyesore concerns and keep truck traffic away from neighborhood streets.

Flower Mound homeowners believe their voices will resonate against the project.

A spokesperson for Flower Mound says two public hearings are planned for Monday. The planning and zoning commission will make a recommendation, but the town council has the final say.