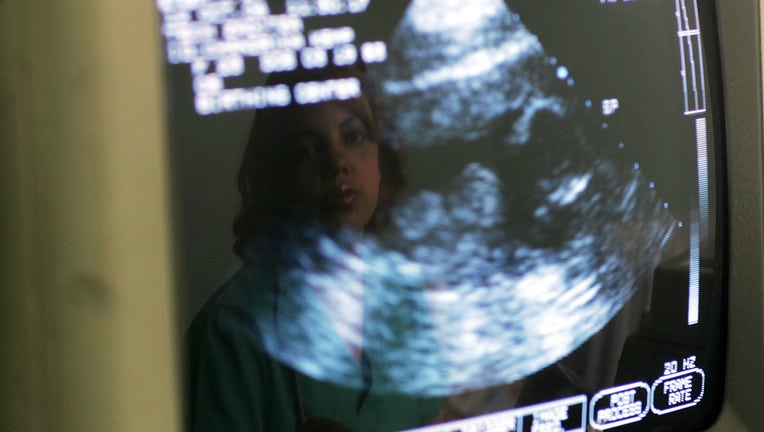 Zaditza Silveira is reflected in an ultrasound machine as she takes images of pregnante mothers at the Birthing Center of South Florida October 12, 2006 in Florida City, Florida. (Photo by Joe Raedle/Getty Images)

TALLAHASSEE, Fla. - Most abortions would be banned in Florida after 15 weeks of pregnancy under bills filed Tuesday by Republicans on the first day of the state’s annual legislative session.

The measures by Sen. Kelli Stargel and Rep. Erin Grall are similar to a Mississippi law currently under challenge before the U.S. Supreme Court.

It does not go as far, however, as a Texas law banning abortion after six weeks of pregnancy with enforcement provisions allowing citizens to sue abortion providers and anyone who assists in an abortion after a fetal heartbeat is detected.

The Florida legislation drew a quick endorsement from House Speaker Chris Sprowls, who said in a statement that House Republicans are "steadfast in our commitment to Florida’s children, both born and unborn."

Gov. Ron DeSantis, who is up for re-election this year and is considered a top Republican presidential hopeful for 2024, told reporters he would likely be in favor as well.

"There’s a lot of pro-life legislation. We’re going to be welcoming it. I haven’t looked at every single bill. I think if you look at what’s been done in some of these other states – I mean when you start talking about 15 weeks where you have really serious pain and heartbeats and all this stuff – having protections I think is something that makes a lot of sense," the governor said.

The bills have no exceptions for rape and incest but they do say an abortion outside the proposed 15-week limit would be allowed if necessary to save the mother’s life, prevent a mother’s serious injury or if the fetus has a fatal abnormality. Florida currently allows abortions up to 24 weeks of pregnancy.

Democrats, the minority party in both legislative chambers, said they would fiercely oppose the measure.

"We will continue to fight vociferously for a woman’s right to choose and right to health care," Senate Democratic leader Lauren Book said.

"We will fight tooth and nail over that bill," added Rep. Evan Jenne, the House minority leader.

These latest abortion bills will join others that could be considered in committees during the 60-day legislative session that began Tuesday. Senate President Wilton Simpson said he is optimistic the 15-week bill can pass.

"I think it’s a very good start and I think it’s something the committee process will vet out and perhaps be on the floor at some point," said Simpson, who was adopted as a young child. "I’ve been pro-life all of my life."