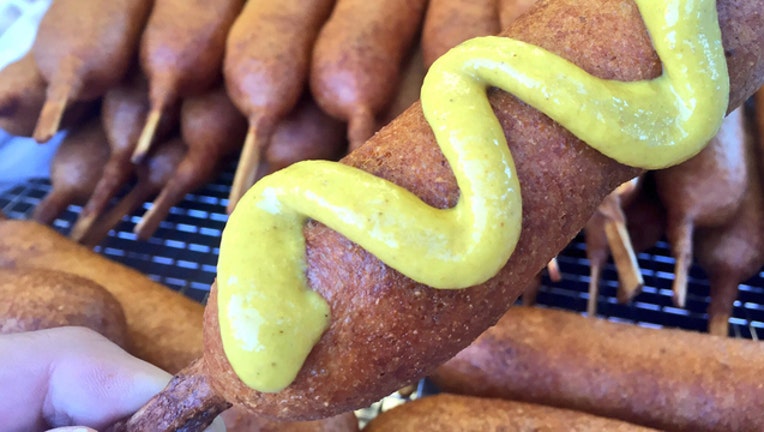 DALLAS - Fletcher’s Corny Dogs are coming back to Golden Chick.

The partnership, which began last fall in the middle of the pandemic, will continue for this summer. Both companies made the tasty announcement on Wednesday.

"When we partnered with Fletcher’s last year after the State Fair of Texas was canceled, we had no idea how successful the collaboration would end up being," said Jim Stevens, Golden Chick president. "To say it surpassed our expectations is an understatement."

The corny dogs will be available on Saturdays and Sundays only starting Memorial Day weekend through August 1 at its 87 locations across the region.

This year’s limited run also includes a money-back guarantee for those who aren’t happy with the corny dog they order. There were complaints from some customers that their corny dogs weren’t as well made at some Golden Chick locations as they would have been at the State Fair.

"We are happy to once again have Golden Chick be a Corny Dog outlet for our wonderful Fletcher’s fans who can’t make our pop-ups," said Aaron Fletcher, CEO, Fletcher's Original Corny Dogs.