One goal of Rising Aviation High School is to get more students interested in high-demand aviation careers.

One goal is to get more students interested in high-demand aviation careers.

"Our students will graduate with a high school diploma but also an industry-based certification, remote pilot and private pilot certificate," he explained. 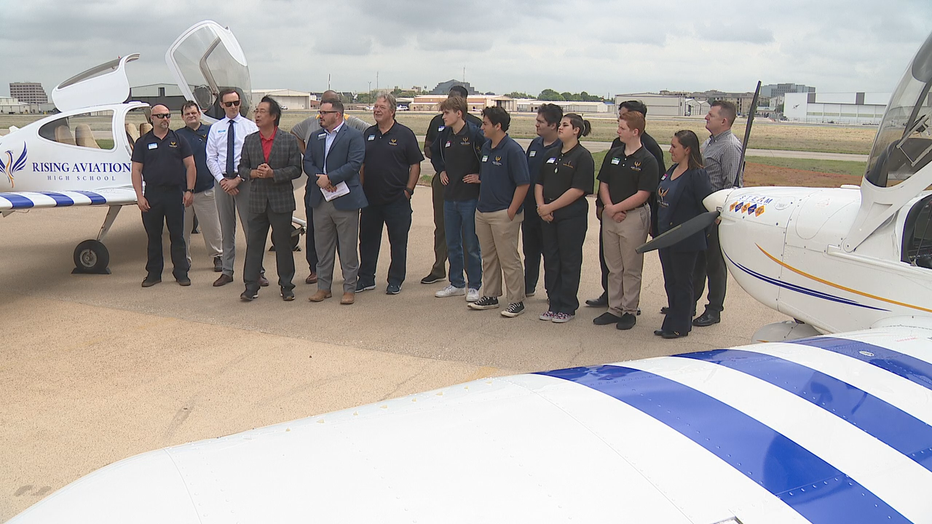 Freshman Cash Lawrence believes the school will give him a big head start toward his ultimate dream.

"If I could be a fighter pilot, I would be happy the rest of my life," he said.

While 14 years old now, Cash is preparing to get a remote pilot license to fly drones when he turns 16.

"The things we can do here are unrivaled," he said.

"Remote piloting is the future. It is here now," Fitzgerald said. "We are constantly seeing drones change industries. From agriculture construction real estate, it is the future of aviation."

Board member Jason Huntsberry says the non-profit was founded to help fill the void for pilots and other aviation careers.

"We are training students to build rocket ships to the moon or be ramp agents or air traffic controllers," he said. "A lot of the aviation careers are very lucrative."

For students like Cash, there is no place else they'd rather be.

"This is the world’s most awesome office," he said.

To continue the vision of making aviation accessible to everyone, the next goal is to open a second location at Dallas Executive in the Red Bird area of southern Dallas.