Monkeypox has spread to a child in Texas. It has some parents and doctors concerned as it's not clear how it happened.

DALLAS - A rare case of monkeypox in a child in southeast Texas may be only the eighth in the country. Health officials are concerned because no immediate family members appear to be infected.

Officials in Harris County, which includes Houston, said this child under the age of two has a presumptive case of monkeypox. It will take about a week to get confirmation back, but officials are expecting it will be confirmed.

It's not yet clear how the baby caught the virus. Hildalgo said the child has not been to a school or daycare center and no immediate family members appear to be infected.

The judge said contact tracing is now being conducted to determine where the child contracted the virus.

The child, who is expected to have a full recovery, has a residual rash but is otherwise asymptomatic, Hidalgo said.

Monkeypox vs. COVID-19: How are they different?

So far, across the United States, there have been just eight cases of monkeypox involving children. This would be the first for Texas.

"This case in Harris County is one of only a handful of cases in young children nationwide. And I understand that it's a very scary thing, and parents have concerns," Hidalgo said. "What we need to make sure is to be vigilant and understand the risks, not assume the worst. But this reminds us that this is very real." 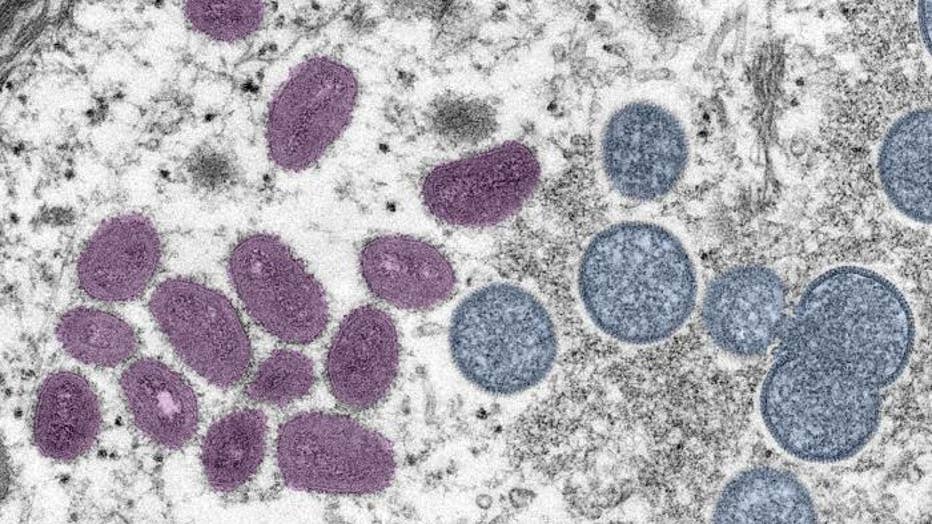 This digitally-colorized electron microscopic (EM) image depicted monkeypox virus particles, obtained from a clinical sample associated with the 2003 prairie dog outbreak. It was a thin section image from of a human skin sample. On the left were matu

In recent months, monkeypox cases have been linked to men who’ve had sex with other men.

But it’s known the virus can spread between any two people who are in close proximity to one another for a prolonged amount of time if one of them is infected.

"The thing about pox viruses is that they can be transmitted through close contact – touch, respiratory particles, someone sneezing on you, you sitting some place that somebody has monkeypox, the fluids, touching an active rash," said Noreen Mayberry, a toxicologist and medical scientist.

She encouraged people to think of the virus like chickenpox and how chickenpox spreads.

What is Monkeypox? What are Monkeypox symptoms? Answers about a rare disease

The Texas health commissioner addressed the state's latest public health priorities as they continue to deal with COVID-19 and the rise in monkeypox cases.

Officials in Harris County said the county has had a total of 269 people diagnosed with monkeypox. They said this new case involving a child is cause for concern but not alarm.

Meanwhile, the rollout of the monkeypox vaccine has been marked by shortages and tight supplies throughout the country.

For now, access to the vaccine has been limited to people in certain high-risk groups.