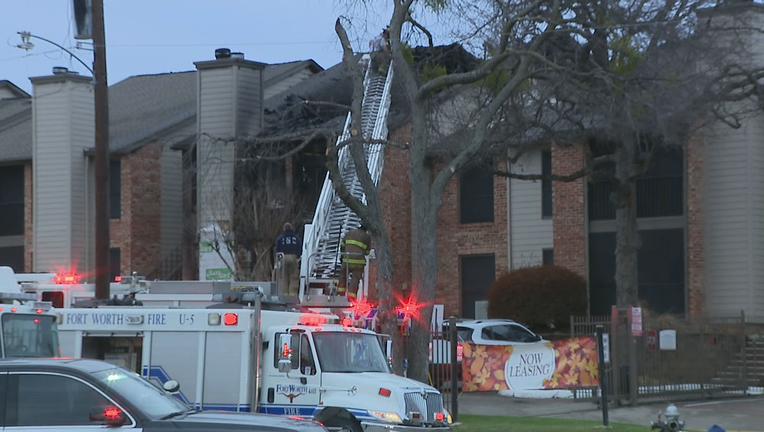 FORT WORTH, Texas - Families at a Fort Worth apartment complex were forced out Thursday morning because of a two-alarm fire.

The fire in the 9000 block of Sun Ridge Circle, near Interstate 30 and Eastchase Parkway, started just before 6 a.m. in a second-floor apartment.

Firefighters had to call for extra help because the wind was fueling the flames.

Thankfully, the firefighters were able to stop the flames from spreading to other buildings and no one was hurt.

"That’s always a concern when you have a fire this early in the morning in an apartment-style building. We know that there’s multiple people in a small space so we are thankful that they were all able to make it out of the structure without any injuries," Drivdahl said.

Four apartments were damaged and several others suffered smoke and water damage.

About 20 residents were displaced. The American Red Cross is helping them.