DALLAS - A popular Uptown Dallas bar and grill caught fire Thursday morning. It's unfortunate for the owners who said they have been trying to bring business back after a tough pandemic year.

The fire at the Gaslight on McKinney Avenue started around 8:30 a.m. Dallas Fire-Rescue said by the time firefighters arrived, there was already thick smoke and flames shooting through the room. 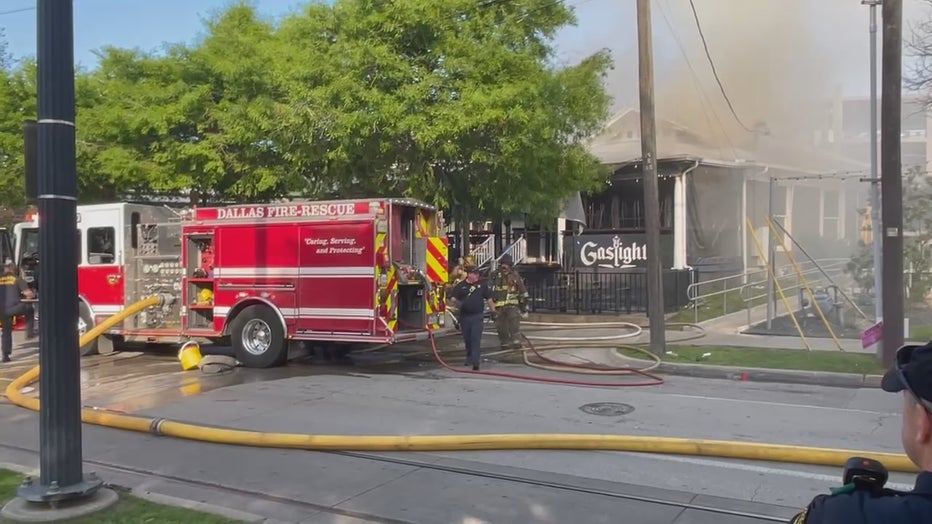 No one was in the building at the time so firefighters were able to get the flames under control after about 30 minutes.

The bar's co-owner said it opened for business about a month before the pandemic began and had to operate at 50% capacity for almost all of the first year.

He was excited to see a big Cinco de Mayo crowd on Wednesday and was optimistic that things were finally starting to turn around.

"It's pretty tough, man. We got a phone call from some friends who live across from the street telling us that our building was on fire. So after having such a good start to patio season, it looks like we're going to be cut short," said Adam Evers, a co-owner. "Hopefully we can salvage whatever is left. Obviously, we've got some searching to do inside but right now it looks pretty bad."

DFR is still working to determine the cause of the fire which appears to have started on the patio.

McKinney Avenue was shut down between Lemmon Avenue and Hall Street.