But it wasn't exactly a rush to the mall in most locations across North Texas. There were only a few cars waiting for curbside delivery at malls in Arlington and Dallas, where FOX4 cameras captured the first day of the new rules in effect.

Under the state guidelines, customers are required to order ahead and wait outside. Malls like NorthPark Center and Galleria Dallas have set hours. Within that timeframe, stores can set their own up pick-up hours.

“You know I'm not a big online shopper. I like to look online, but I actually want to get my merchandise, so I wanted support them pick up some things for birthday parties and here we are,” said Holly Quartaro, Galleria Dallas fashion stylist.

It's a big adjustment for customers and store owners.

To try and simplify the process, both of the Dallas malls have posted on their website a list of shops that are open at what times and where customers need to go to pick up their items. Restaurants at the Galleria are now extending their hours to include dinner to-go orders.

“This is certainly not business as usual but it is a first step. It does allow our retailers to do some transactions start seeing what our new normal is going to look like,” said Angie Freed, General Manager, Galleria Dallas.

Allison Scott, owner of Apricot Lane, is doing pickups by appointment only.

“It's going well, it's easy. they're just placing the order online or Instagram and put it in their car whenever we schedule a time for pick up,” Scott said.

Retail-to-go allows Scott to bring three of her ten employees back to work. 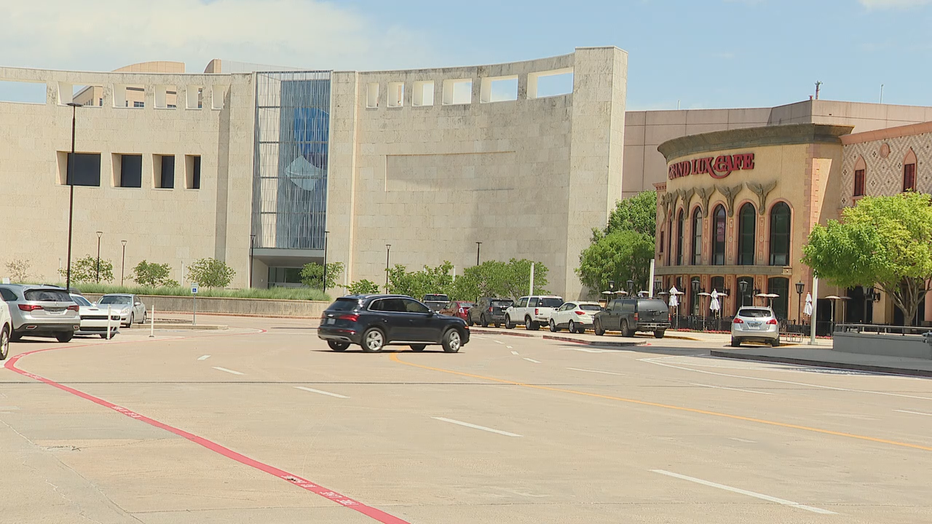 Even though some retail shops are open, customers are not allowed inside to browse.

“It's just like they've grown accustomed to doing with curbside pickup at a grocery store or to go orders at a restaurant,” Scott said.

For now, only about a dozen retailers are currently open for retail-to-go at both the Galleria and NorthPark. But other shops intend to follow and the hope is so will the customers.

“It was super easy. I called ahead, we planned on a time for me to be here and when I pulled up she was here with my merchandise,” Quartaro said.

“We will not be expanding operations in any way that should expose people to greater dangers,” he said.

The governor told FOX 7 if grocery shopping is done safely, it can be done at other businesses.

The governor told FOX 7 if grocery shopping is done safely, it can be done at other businesses.

Not everyone is waiting for the governor’s announcement.

Wichita County, two hours northwest of the metroplex, issued an order Friday that will allow non-essential businesses to reopen Saturday and add a mask requirement. The county has had just 62 cases.

“We're doing this now because Wichitans, we can afford to do this right now,” said Mayor Stephen Santellana. “We've done good, but we are by no means lifting the veil of public health.”

The governor says he hadn't heard of the situation in Wichita, but he responded to the move.

But the governor has said: it could be right around the corner. He tweeted Wednesday that hair salons and shopping inside stores could be coming soon.

The governor has been foreshadowing bits and pieces of what Monday’s announcement will look like in media interviews across the state. He said they are working on strategies that will accommodate the different situations facing large counties compared to rural counties.