The home of the Dallas Cowboys is now a mega vaccination site.

ARLINGTON, Texas - FEMA opened another big vaccination hub Sunday at the home of the Dallas Cowboys.

The federally-run vaccination site in Arlington has moved several times.

It began at the brand new Globe Life Field and then moved to the Esports Arena next to the Rangers’ old ballpark just before the season began.

Now the operation is at AT&T Stadium and is expected to be open seven days a week for at least the next couple of weeks.

It will be giving shots of the single-dose Johnson & Johnson vaccine. It will also be giving out second doses of the Pfizer shot to people who were scheduled to get it at Globe Life Field or the Esports stadium but were not able to do so. 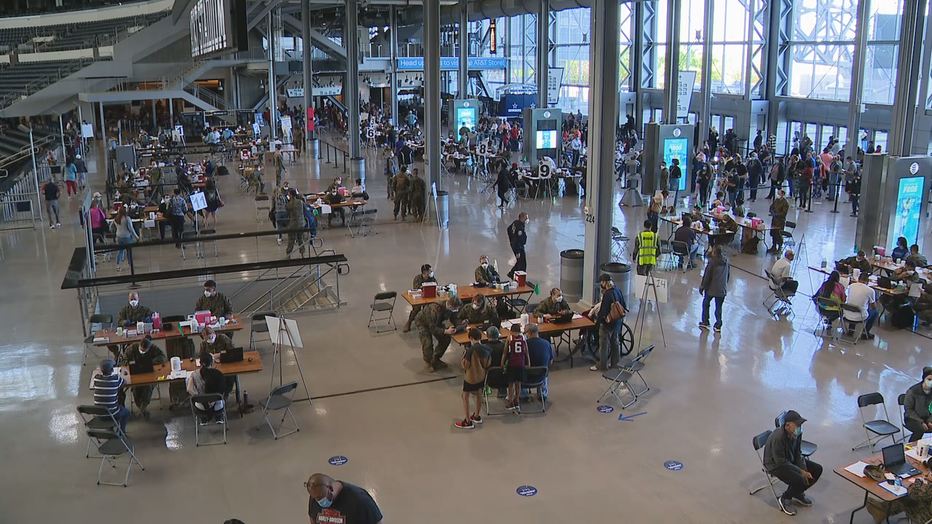 "We have vaccinated more than 65,000 people with the first dose and second dose of the Pfizer vaccine. And so we’re looking for another 42,000 or so Johnson & Johnson doses in the next two weeks," said Juan Ayala with FEMA.

Texas is getting far fewer doses of the Johnson & Johnson vaccine this week because of a mix-up at a plant in Maryland. Millions of doses had to be thrown away as a result.

The state is expected to get 350,000 fewer Johnson & Johnson shots this week compared to last week’s shipment.

To get an appointment, people must register in Tarrant County.