A 59-year-old husband and father of three was shot and killed in an act road rage along the C F Hawn Freeway late Friday afternoon, according to Dallas police.

DALLAS - A 59-year-old husband and father of three was shot and killed in an act road rage along the C F Hawn Freeway late Friday afternoon, according to Dallas police.

"Somehow, he got into it with a guy verbally, and he shot him through the window. Shot him in the face. And my grandson was in the car, 10-year-old," the victim’s father, Frank Marshall, said.

Rudy Marshall’s wife and 10-year-old son were with him when he was killed.

"I’m going to miss him dearly, he’s my only son. I adopted him when he was three," Frank said.

He said his son was taking his family to buy Halloween decorations.

"Then they were going to stop by here," Frank said. 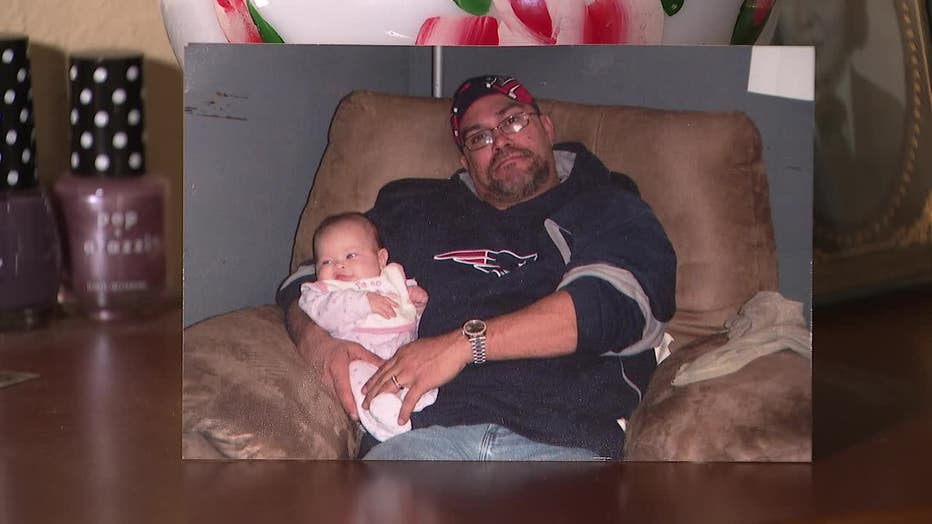 Marshall was driving when he was shot. Police said someone traveling westbound on the freeway shot from the driver’s side of their car through the passenger side of Marshall’s vehicle.

"I just hope they get punishment for what comes to them for what they did," the victim’s father said.

Witnesses told police the shooter was in a small, gray car.

"If they ever apprehend who did this," Frank said. "It’ll help somewhat, but it won’t replace him. It won’t bring him back."

Frank said his son cared about being present for his children.

"That was his number one priority," he said.

Now, he stays awake at night thinking about how his only son was taken in an act of road rage.

"Sleep a little bit, not much, since it happened," he said.

Few details are known about the suspect’s vehicle, no make or model, only that it’s small and gray.

Dallas police ask anyone who might know something about the gunman and that small, gray car to give them a call.