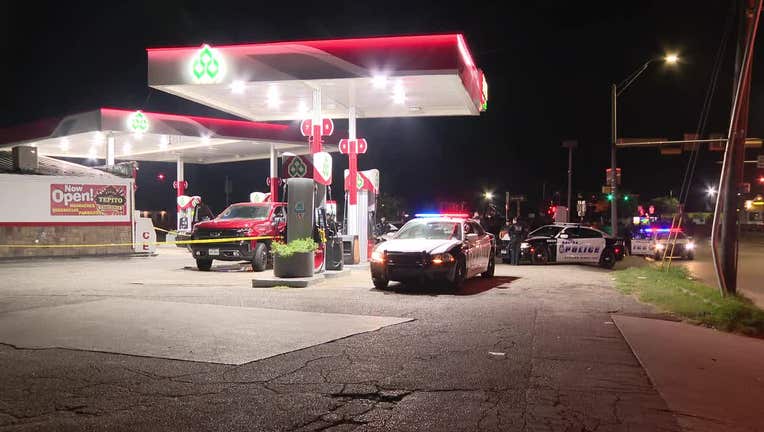 DALLAS - A 14-year-old boy was taken to a hospital in critical condition after police were told he was shot while sitting in a vehicle that was driving on a Dallas freeway early Saturday morning.

The shooting happened just after 1 a.m., when officers were called to the 9600 block of C F Hawn Freeway.

A 22-year-old man told police that he was driving eastbound on C F Hawn Freeway with a woman and 14-year-old boy, when a white Chevy Silverado 2008-2012 model cut them off.

He said the Silverado then started to follow them, and when they got to Prairie Creek Road, the Silverado pulled up next them and someone inside opened fire.

The driver then got off the freeway and called police. First responders took the boy to a hospital in critical condition.