The family of Marvin Scott III, the man who died in the Collin County jail, wants the jailers involved to face federal charges.

McKINNEY, Texas - The family of the man who died in the Collin County jail hopes the jailers involved in his death can be charged federally.

The family of Marvin Scott III spoke for the first time since video of his in-custody death was released last week.

Scott died in March after being arrested and taken to the Collin County detention center for the possession of a small amount of marijuana.

The jailers are seen moving Scott from a cell after he appeared uncooperative following what the sheriff said was erratic behavior. It’s unclear what was specifically happening before then.

After a struggle that lasted about 18 minutes, Scott’s body was motionless while with his chest and legs strapped. Jailers then called for medical help, and CPR was performed.

Scott’s death was ruled a homicide and the Texas Rangers were brought in to investigate the jailers’ actions. 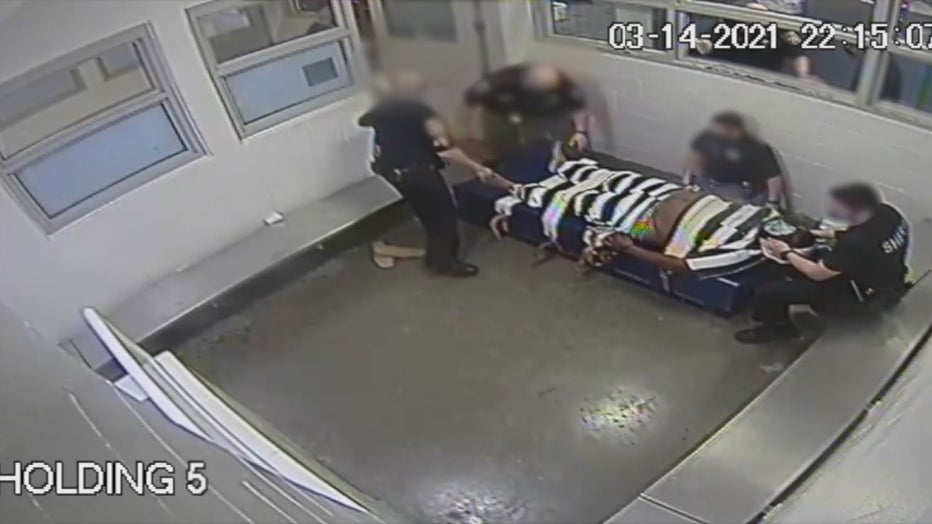 But last month, a grand jury cleared the eight detention officers of any charges after watching the video.

Scott’s family said he was diagnosed with schizophrenia but had not had an episode in over a year.

The family’s attorney believes Scott’s death is a violation of the Americans with Disabilities Act.

"Although the wheels of justice turn slow in a federal review, it will include a significant period of time, unfortunately. I can’t demarcate what that is. It is the appropriate next step and it is what we are pushing for as a family," said Lee Merritt, the Scott family’s attorney.

"He was killed and nobody is being held accountable. Unacceptable," LaSandra Scott said.

One jailer resigned and seven others were fired following Scott’s death. One of the fired jailers was later reinstated.

The sheriff’s office has not commented on the video but announced last month plans to build a new infirmary for inmates who specifically need mental healthcare.