The family of a Richardson teen who died last week from COVID-19 says they're shocked and heartbroken that it happened.

RICHARDSON, Texas - The family of a Richardson teen who died last week from COVID-19 says they're shocked and heartbroken that it happened.

16-year-old Sha’Niyah McGee's grandmother says she was diagnosed early last month. Her symptoms were mild. Then, her family says last week she suddenly took a turn.

Richardson ISD on Monday announced the girl's death along with the death of a longtime teacher at the district.

This teen’s family says it didn’t seem like she was seriously ill. She wasn’t hospitalized. She was quarantined in her room. Then, last week, she passed out and didn’t wake up. 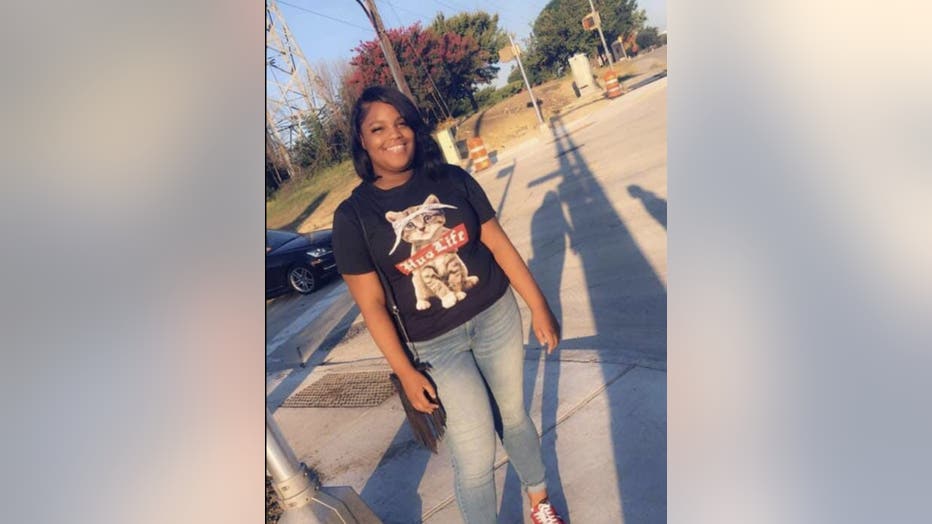 "I don’t want my granddaughter to be just another covid number," she said. "She has a name. Her name is Sha’Niyah. She has a face."

"One day, she came out of her room to get something to drink, go back into the room, and she passed out," Ellis recalled. "And that was it. She never woke back up."

Sha’Niyah died unexpectedly at her family’s home. She was the oldest of four kids. Her parents are devastated.

"She loved talking to her mom. Her very best friend was her mother," Ellis said. "And to watch her mother go through this is the worst pain ever. And I do not wish that on any parent. Any parent."

On Monday, Richardson ISD announced her passing and the passing of Eroletta Piascyk, a teacher at another campus. Piascyk was vaccinated and recently got a booster, according to the district.

Both were recognized at Monday’s school board meeting.

Sha’Niyah’s grandmother wasn’t sure of the child’s vaccination status when she spoke with FOX 4.

Sha’Niyah’s family says she didn’t have any preexisting conditions. They don’t know why she’s a part of the small percentage of children to die from the virus, but they want people to know her life was more than a statistic.

"She meant the world to me. I watched her come in this world," Ellis said. "I do not want another parent to suffer the way my baby is suffering now."

The child’s funeral will be held this weekend.