A Dallas woman says she’s the product of fertility fraud after a home DNA test revealed her mother’s former doctor is her biological father.

DALLAS - A Dallas woman says she’s the product of 'fertility fraud' after a home DNA test revealed her mother’s former doctor is her biological father. Now, her mother is suing the doctor.

It was just about a year ago that a Dallas woman says her world was turned upside down after learning her father’s true identity.

Katherine Richards is now the plaintiff in a lawsuit against a Virginia OBGYN who she says led her to believe she was receiving an anonymous donor’s sperm in 1980 after having trouble conceiving, but using his own sperm instead.

“How many others are just one Christmas DNA kit from having their lives forever changed?” Richards said.

According to the lawsuit, Julie Druyor of Dallas, Richards’ daughter, learned of the alleged deception and her father’s true identity after receiving a home DNA test kit as a gift. The test revealed she’s half Jewish, which didn’t add up with the information about the supposed anonymous sperm donor. A genealogist helped trace the dots back to the doctor.

“I’m a product of my mother’s abuser,” Druyor said. “I don’t know if I’ll ever come to terms with that.” 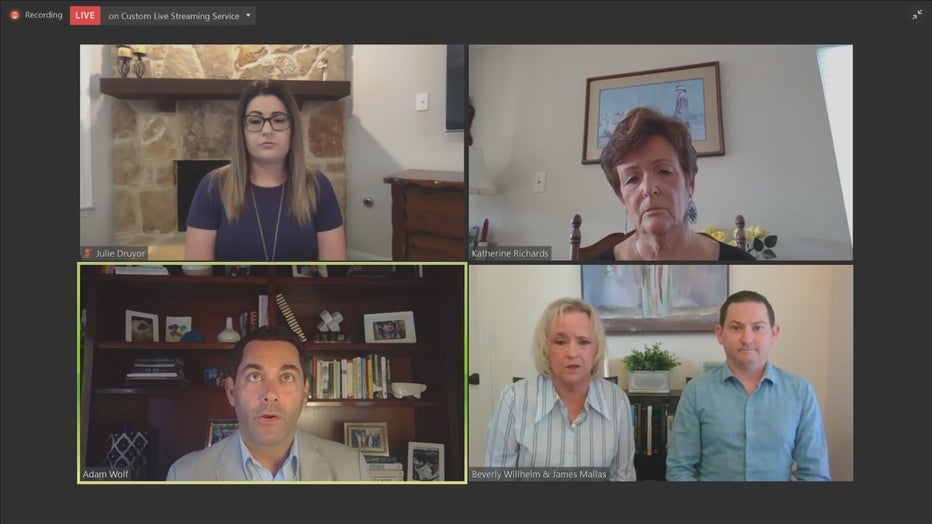 The lawsuit says DNA tests also confirmed the doctor used his own sperm again instead of the anonymous donor, as promised, to help Druyor's mother conceive her younger brother.

According to the suit, Druyor says the doctor passed on to her the gene for Tay-Sachs disease, a rare genetic disorder.

“Now, I have to deal with the fact that I’ve passed down his genes,” she said. “Am I going to see him in my children? I hate that I even have to think about that.”

Bev Willhelm of San Diego is suing a doctor who once practiced in California for allegedly doing the exact same thing. Her son, James Mallas Jr. also learning of the alleged fertility fraud through a home DNA test kit.

“It turns my stomach,” Mallas Jr. said. “And to think that he did that to my own mother makes it nearly unbearable.”

As for Druyor, she’s found online support group healing with others who’ve made similar disturbing discoveries.

“Listening to other people share their stories has given me an immense comfort,” she said.

Both of these cases date back several decades. It’s unclear if one of the doctors is still practicing. FOX 4 was unable to reach him for a response. The other now appears to be a drug addiction counselor in California. His office had no comment.