Family increases reward to $50,000 for information in 2019 murder of Garland father of 3

A grieving family in Garland announced they are increasing the reward for information that could lead to an arrest in the 2019 death of a father of three.

GARLAND, Texas - A grieving family in Garland announced they are increasing the reward for information that could lead to an arrest in the 2019 death of a father of three.

Clifford "C.J." Wicker Jr., 29, was killed outside his apartment while confronting a car burglar.

That burglar left the scene and was never caught.

The Wicker family is now offering $50,000 to anyone with information that could lead to an arrest and conviction.

Four generations of the Wicker family spoke outside the Garland Police Department Saturday afternoon on the two-year anniversary of when C.J. Wicker was shot and killed by a burglar outside his family’s apartment.

"I love him very much," his son, Clifford Wicker III, said.

He’s one of three kids C.J. left behind. Their mother tries to remind them, "that he’s watching over us."

But it’s difficult for them to move forward since no arrests have been made.

RELATED: Garland father of 3 killed while investigating break-in of his work van

"We want justice for our son," his mother, Penny Wicker, said.

"Mr. Wicker was made aware that somebody was breaking into his work van," explained Garland PD Lt. Pedro Barineau.

Wicker confronted the burglar at the Pecan Nole Apartments, and was shot multiple times.

RELATED: Family still desperate for answers one year after Garland father of 3 was murdered 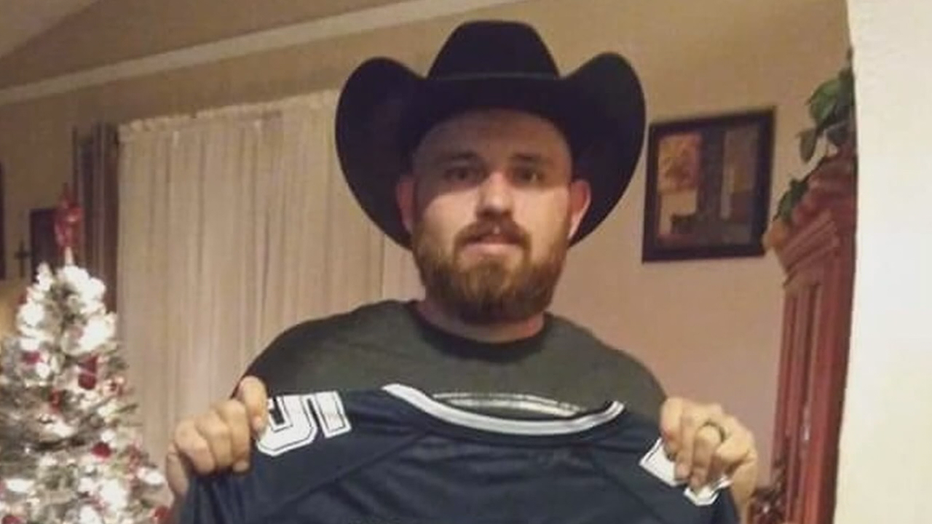 "You have a person who, ultimately, made his livelihood on the equipment that was in his work van," Barineau added.

Investigators said they were able to examine some evidence, since the suspect had his hands all over the tools he tried to steal.

"He pulled all of the property out of the van, left it in the parking lot, and a person in another car left, dropped him off, left, and was going to come back, and they were going to load everything up," Barineau said.

But after the shooting, they left.

"He was a plumber. He had a lot of equipment that was taken out and left in the parking lot," Barineau said.

FOX 4 was there when forensic officers collected samples. Garland police said that since so much was collected, they are still waiting on results from the state’s lab even two years later.

"The evidence is there and we’re hoping to get it back to where we can fully identify who this person is," Barineau added.

"And you know you murdered him, you know you took his life. You took him away from everything," Wicker’s sister, Emiley Wicker, said. "Our life is not the same and it never will be."

His young children carry the good memories. The ones they’ll hold onto forever.

But what keeps his family fighting is the thought of what his life could’ve been.

Crime Stoppers also announced that another $5,000 will be added on top of the Wicker family's $50,000 reward.