Plane debris fell and struck properties in Broomfield, Colorado, on February 20 after an engine of a Honolulu-bound flight from Denver caught fire.(Credit: Cory Braden via Storyful)

A day after a United Airlines flight experienced an engine failure mid-air and dropped debris over northern Colorado, the FAA is demanding emergency inspection of certain Boeing 777 airplanes.

"This will likely mean that some airplanes will be removed from service," FAA Administrator Steve Dickson said in a statement posted to Twitter.

According to the FAA, aviation safety experts are meeting into the evening Sunday to finalize the details of the order and any accompanying service bulletins in order to ensure that the appropriate airplanes are included. Exact details of the inspection will be specified in the emergency order.

A Boeing spokesperson did not immediately return FOX Business' request for comment.

Later on Sunday, United said it is voluntarily and temporarily removing 24 Boeing 777 airplanes by Pratt & Whitney 4000 series from its schedule.

The United Boeing 777-200, headed from Denver to Honolulu on Saturday with 231 passengers and 10 crew aboard, suffered a catastrophic failure in its right engine and flames erupted under the wing as the plane began to lose altitude.

The plane landed safely at Denver International Airport, and no one on board or on the ground was hurt, authorities said. But both those in the air and on the ground were deeply shaken.

On the ground, police taped off the locations where the debris landed and are asking those in the area not to touch or move it. One large apparent piece of the plane landed in someone's front yard, just appearing to narrowly miss landing on the roof. 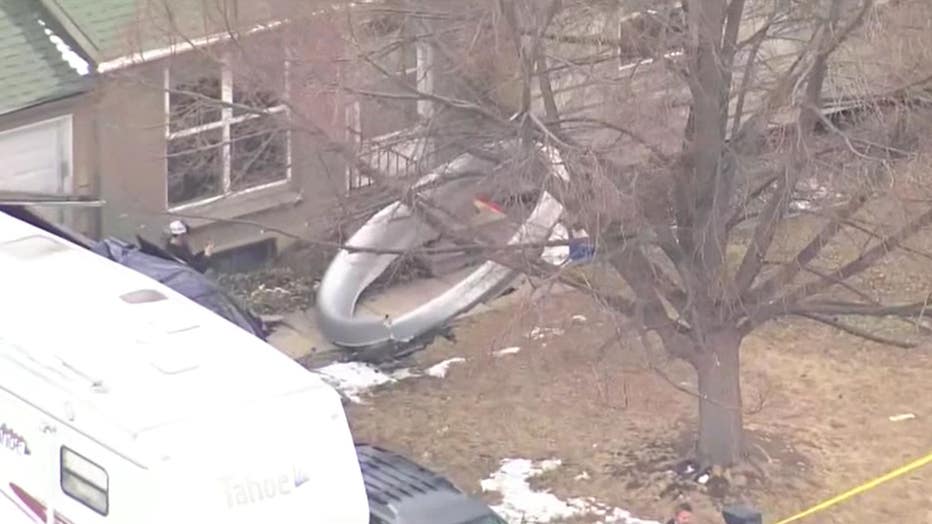 Broomfield police said they began getting several calls Saturday afternoon from people saying they had heard a loud explosion and were seeing smoke in the sky.

The National Transportation Safety Board is investigating. Authorities have not released any details about what may have caused the failure.

This story was reported from Detroit. FOX Business and the Associated Press contributed.