Experts: Dallas-Fort Worth home prices expected to fall in 2023, but not by much

The number of homes sold in the 100 largest housing markets this October was half of last year, according to the Knock Buyer-Seller Market Index. While that may start to give home buyers more power, experts say high-interest rates are preventing a true buyer's market.

The number of homes sold in the 100 largest housing markets this October was half of last year, according to the Knock Buyer-Seller Market Index.

While that may start to give home buyers more power, experts say high interest rates are preventing a true buyer's market.

"It is a little heartbreaking where we thought we would be out of there by now, but now we're not," said Georgie Babisak, who is attempting to sell her home.

Babisak, her husband and two kids thought they would be back home in New Zealand in time for Christmas.

"They told us it was still a strong market, interest rates were going up, we had lots of showings but no offers," she said.

Soon after they listed their 4 bedroom Richardson home the Fed began raising interest rates, which in turn is pricing some buyers out of the homes they would like.

"There were a few we got feedback that interest rates were too high, they were not ready to take the plunge," Babisak said. 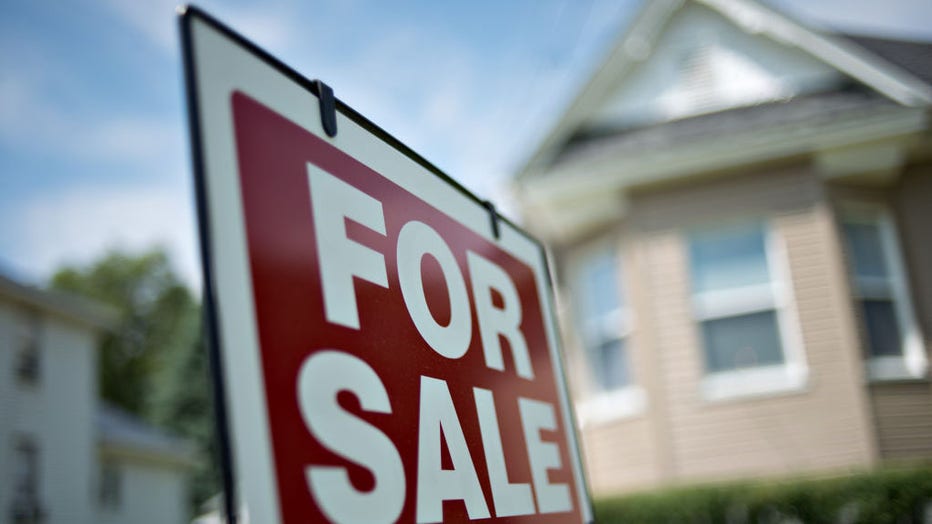 A "for sale by owner" sign stands outside a home. (Daniel Acker/Bloomberg via Getty Images)

It shows the market for sellers has cooled to its slowest point since the pandemic began, but that doesn't make it great for buyers.

"In normal market you could safely call it a buyers market," said Adam Perdue of the Texas Real Estate Research Center at Texas A&M. "It's just right now, everything is so unusual. You have to go back to the 80's before you start seeing this kind of rapid change in interest rates. That mess up a lot of our terms."

"If you managed to refinance in 2020 when rates were at their lowest, and rate was 2.5 or 2.75, and you were to try to sell your house and buy your neighbor's same house, same price, same neighborhood, your payment on the new loan at 6.5 or 7 percent would be 50% higher than payment on mortgage you have now," Purdue said.

Perdue says he expects prices to fall, but not by much in the Dallas-Fort Worth area over the next year.

"There's a high chance on a year-over-year basis we might see falls in price, but only minor, because Dallas did not get as out of hand as places like Austin or other cities across the country, and still there is massive economic growth, employment is growing fast, and professional business services."

"It's been challenging to be in a down market now, where you think you have a plan and the plans change," she said.

Federal Reserve chairman Jerome Powell confirmed Wednesday that there will likely be more interest rate increases this month, but the rate hikes are expected to be smaller than the 75-basis point rate hikes seen earlier this year.