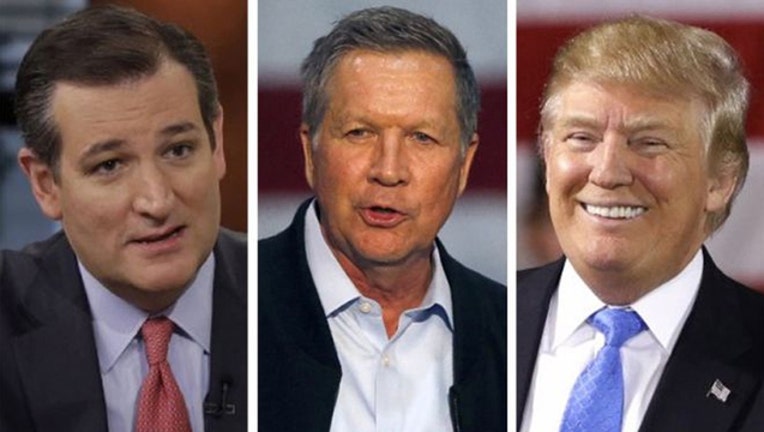 WASHINGTON (AP) — Few Republicans said they cast protest ballots when voting in three of the five states holding primaries on Tuesday. Among Democrats, voters in Connecticut, Maryland and Pennsylvania held a more negative view of Wall Street than their GOP counterparts.

And in Pennsylvania, most GOP voters believe the heated contest among Donald Trump, Ted Cruz and John Kasich has divided their party. But most Democratic voters in the state say they've been energized by the primary battle between Hillary Clinton and Bernie Sanders.

Those are the early findings from exit polls conducted for The Associated Press and television networks by Edison Research. Exit polls were not conducted in Delaware or Rhode Island, the other two states holding primary elections on Tuesday.

Other highlights from the exit polls:

Most Republicans in Connecticut, Maryland and Pennsylvania said they are voting for their candidate, rather than against his opponents.

Only a quarter of voters in Connecticut and Maryland said they voted for someone because they opposed the other candidates. And in Pennsylvania, less than one in five say they were casting a negative vote.

In Pennsylvania, Trump was more polarizing than either of the other candidates. While over a third of GOP voters said they would be excited by a Trump administration, the idea scares a quarter of voters.

Few Democrats voting in three states Tuesday had a positive view of Wall Street, but Sanders voters were more likely than Clinton voters to have a negative few of the nation's financial services industry.

On the GOP side, voters' feelings are more mixed about the influence of the financial sector on the economy. In Pennsylvania, nearly half of Republicans say Wall Street harms the economy and nearly 45 percent say it is a positive force.

Connecticut Republicans are slightly more positive about Wall Street: nearly half say it helps the economy and about 4 in 10 say it is detrimental. In Maryland, more than half see Wall Street as a positive, with about a third saying it does more to hurt the economy.

ENERGY FOR DEMS; DIVISION FOR GOP

Most Democratic voters in Pennsylvania say they've been energized by the closely contested primary between Clinton and Sanders.

But Pennsylvania Republicans say the opposite about the heated contest among Trump, Cruz and Kasich.

The surveys were conducted for The Associated Press and television networks by Edison Research as voters left their polling places at 25 to 35 randomly selected sites in Pennsylvania, Connecticut and Maryland.

Preliminary results include interviews with 758 to 930 Democratic primary voters and 530 to 896 Republican primary voters in each state. The results among all those voting in each contest have a margin of sampling error of plus or minus 5 percentage points.