LOS ANGELES - In the words of Michael Scott, “Oh my God! Okay, it happening. Everybody stay calm.”

Nostalgic fans of “The Office” will soon get to re-live their favorite episodes with two-thirds of the Party Planning Committee, Pam and Angela.

Jenna Fischer and Angela Kinsey, who starred as Pam Beesly and Angela Martin on the beloved NBC comedy, will host “Office Ladies” — a weekly podcast breaking down each episode of the show, sharing memories from the set and answering questions from fans.

The podcast will premiere Oct. 16 on the Stitcher network Earwolf and be available on all major podcast networks, including Apple Podcasts and Spotify, the company said in a press release.

"So many memories are flooding in as we go back and watch the episodes – many of which I haven't seen since they aired," Fischer said in the release. "As we close in on the 15th anniversary of the show, it seemed like a great time to share our stories and behind-the-scenes trivia with fans." 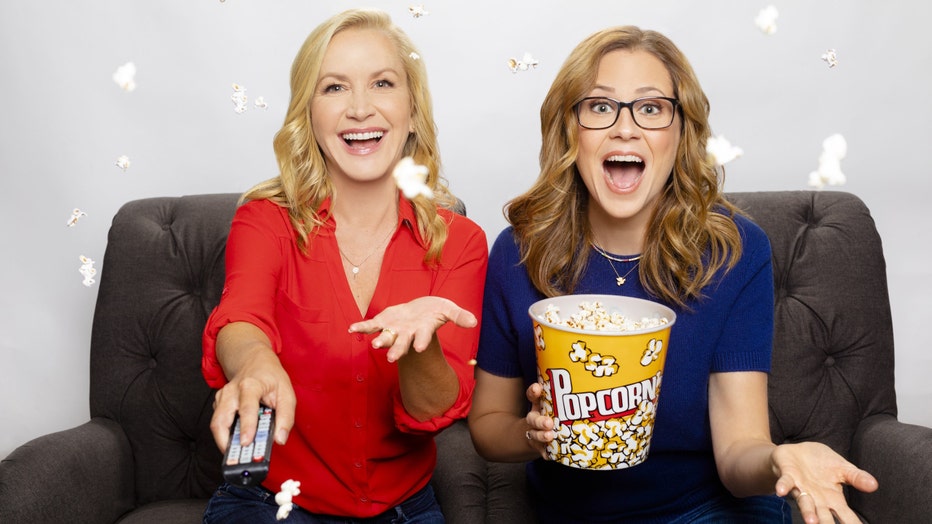 Besides talking about “The Office,” the real-life best friends will also chat about their friendship throughout the years, their Target runs together and much more, Fischer said.

The series, which aired for nine seasons, depicts the everyday lives of office employees at a paper company in Scranton, Pennsylvania. Also starring Steve Carell, Rainn Wilson, John Krasinski, B.J. Novak, Mindy Kaling, Ed Helms and more — it was an adaptation of the original BBC series for American television that received widespread acclaim from critics and several awards.

Despite “The Office” ending in 2013, it was the most-watched Netflix show in 2018, according to NBC. The company announced earlier this year that it decided to move the binge-worthy show from Netflix to its new streaming service, beginning in 2021.

RELATED: Binge watch while you still can: ‘The Office' will leave Netflix by January 2021

“'The Office' was such an amazing chapter of our lives and it means so much to us that we get to share some of our memories of filming it with our audiences,'" Kinsey added.