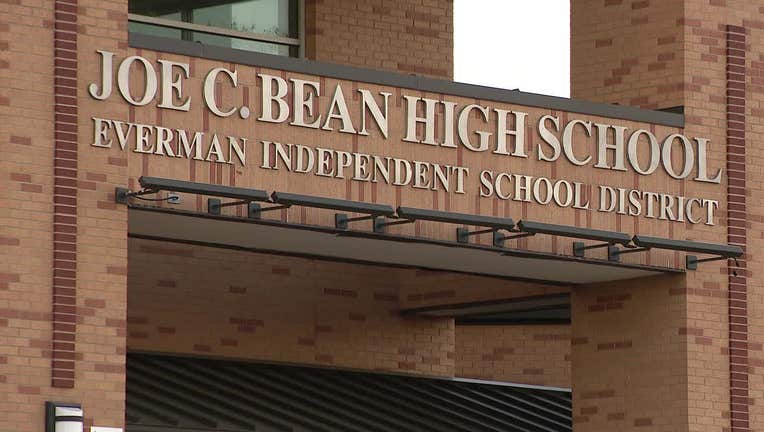 EVERMAN, Texas - Extra police officers will be at a high school in Everman, south of Fort Worth, after a shooting threat was posted online.

Everman ISD said the FBI traced the threat against Everman High School to an Instagram account. They are still investigating to find the person responsible.

This is the second shooting threat in Everman in a week.

This past Friday, two armed men were arrested outside the district’s football stadium. They were charged with making a terroristic threat and carrying a firearm in a prohibited place.

Tarrant County Sheriff Bill Waybourn said a sergeant receive a tip from someone in the community suggesting that 18-year-olds Isaac Cooper and Brandon Gipson were planning to open fire at Everman’s homecoming game.

They were targeting a specific student, but Waybourn believes his officers stopped what could have turned into a mass casualty situation.

They confiscated an AR pistol from the teens' vehicle, along with a fully-loaded 60-round magazine with metal-piercing ammunition, the sheriff said.

Everman ISD said it has increased its police presence on the high school campus.

Although the FBI does not believe there is any ongoing threat to Everman High School, the district said it has increased its police presence on campus as a precaution.