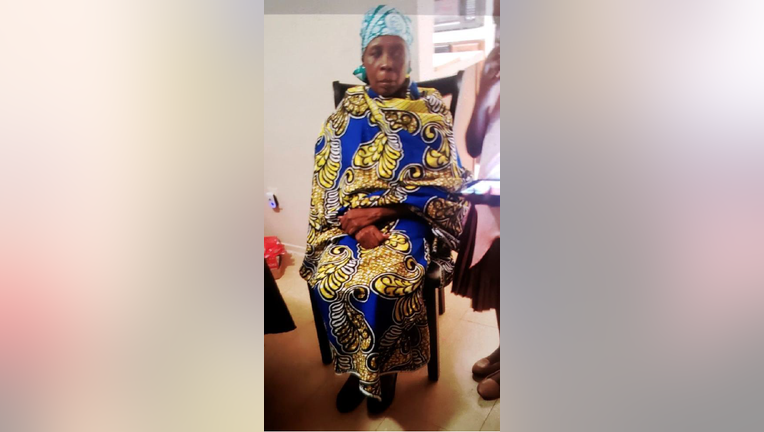 Police said 81-year-old Melania Nyaiana was last heard from Sunday morning between 10:30 a.m. and noon. She left her apartment on South Barnes Drive on foot and does not drive.

She’s described as an African-American woman who is about 5 feet tall and weighs 120 pounds with a medium build.

She was last seen wearing traditional African clothing and a head wrap.

Police said she does not speak English and takes medication.